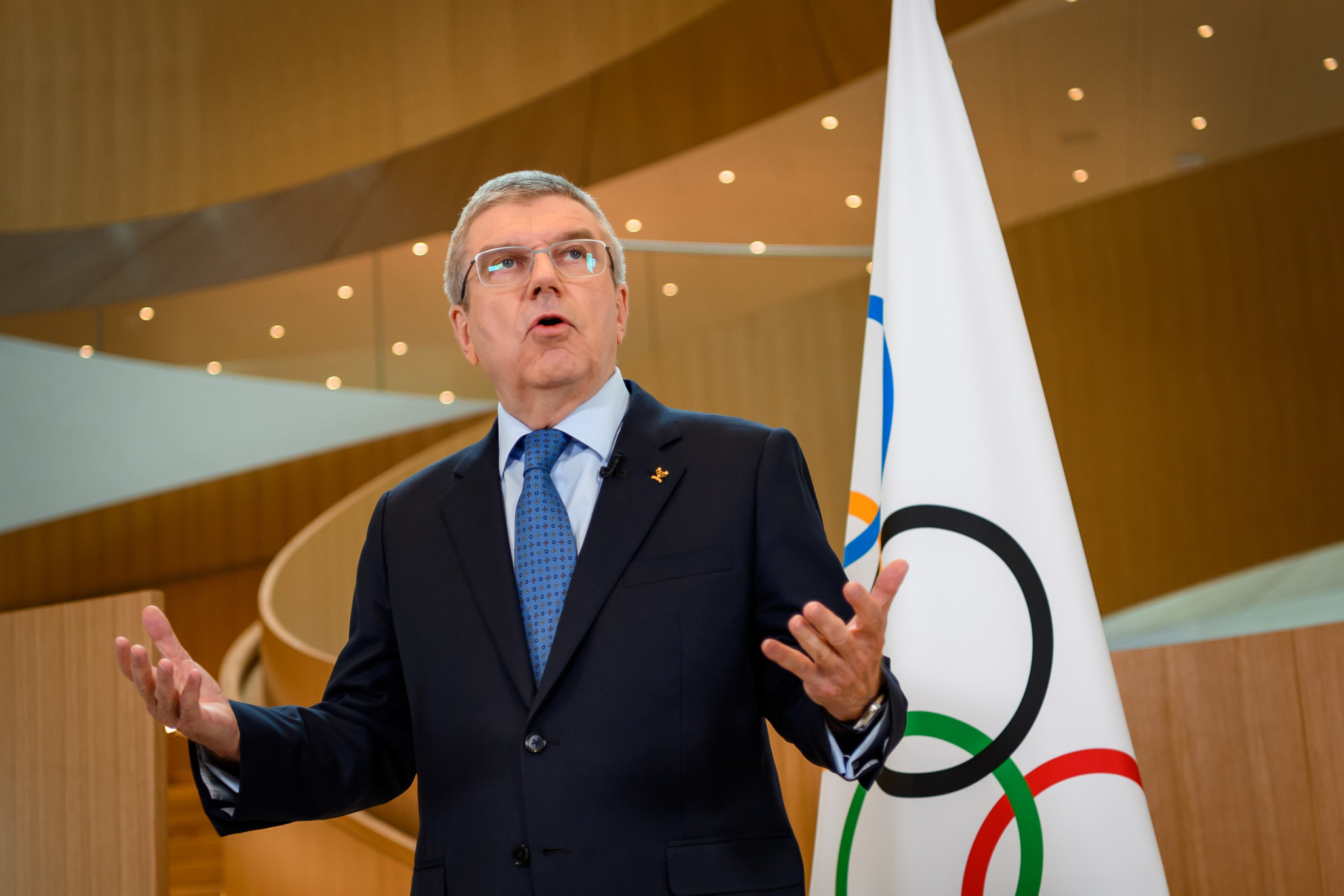 International Olympic Committee (IOC) President Thomas Bach has insisted cancelling or postponing this year's Olympic Games because of the coronavirus had not been mentioned during the Executive Board meeting, but admitted the outbreak has posed challenges for athletes trying to qualify for Tokyo 2020.

Bach maintained his defiance amid concerns over the impact of the virus, which has killed 3,249 people and infected more than 95,000 worldwide, on the Games in the Japanese capital.

The IOC President, who revealed he had met with the World Health Organization director general Tedros Adhanom last week, claimed the body is so confident the Games will be held as planned because it has been "speaking to experts".

He reiterated his stance that he would not "add fuel to the flames of speculation" by discussing potential contingency options should the situation deteriorate.

"I can tell you that today in the meeting of the IOC Executive Board neither the word 'cancellation' nor the word 'postponement' was even mentioned," Bach said.

"Of course we are a responsible organisation, this is why we have this joint taskforce which is having regular meetings and we are addressing any issues which may arise, but we are not speculating on any kind of future developments."

The IOC President conceded, however, that the coronavirus had caused problems for athletes regarding the qualification process for Tokyo 2020.

Olympic qualifiers in several sports, including 3x3 basketball, baseball, wrestling, football and skateboarding, are among the spate of events to have either been postponed or cancelled because of the virus.

Bach revealed quota places could be increased for sports worst affected by the coronavirus and suggested this could include awarding spots at the Games to athletes who would "most likely" have booked a Tokyo 2020 berth if they could have taken part at a qualification event.

The IOC President promised the organisation would find a "fair solution" with International Federations (IFs) to ensure athletes are not denied a chance to compete at Tokyo 2020 as a result of the outbreak.

The International Swimming Federation has already caused controversy by using results from the water polo tournament at the 2018 Asian Games to determine qualifiers for Tokyo 2020.

"We may have to consult with IFs with regard to quota allocations if there would be a case where athletes have been prevented from taking part in the qualification process," Bach said.

"If such cases do arise, we will look with the IF into this and will try to find a fair solution.

"This fair solution can mean in the end that we will increase the quota places for this IF for a limited number of athletes, which according then to the judgement of the IFs, would most likely have qualified if they could have participated."

Bach claimed he was "pretty proud" of the way the Olympic Movement had reacted to the crisis after some countries stepped in to host events moved because of the coronavirus.