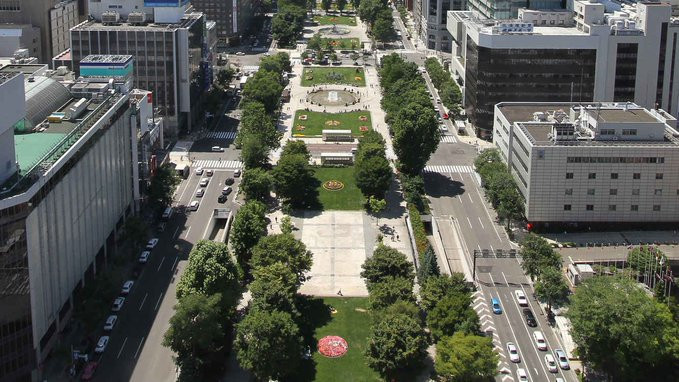 Race walks and the women's marathon at next year's Olympic Games in Tokyo have been rescheduled, after the International Olympic Committee (IOC) moved the events from the Japanese capital to Sapporo.

Tokyo 2020 confirmed Odori Park as the venue for the race walks and marathons at the Games following approval from the IOC Executive Board at its meeting here today.

Events in the two disciplines will be held across four consecutive days, from August 6 to 9, to "facilitate the support of National Olympic Committee officials and coaches to the athletes" owing to the 800 kilometres distance from Tokyo to Sapporo.

The men's marathon will remain on August 9, despite pressure from Tokyo 2020 to move the race for logistical reasons following the controversial late switch of the events to Sapporo, which surprised the Organising Committee.

The women's race was initially scheduled for August 2, but has been pushed back six days to August 8.

Both events will start at 7am, organisers have confirmed.

The men's 20km race walk will take place on August 6 instead of July 31, while the men's 50km race walk has been brought forward a day from August 8 to 7.

The women's 20km race will be staged on August 7 as planned, but will start at 4:30pm rather than 6am.

Tokyo 2020, the IOC and World Athletics have also agreed on a 20km loop course for the first stage of the marathon, with the second half yet to be confirmed.

Organisers said they would continue talks with World Athletics on the second part of the course, which is expected to be approved in the middle of this month.

World Athletics is considering three loops of 7km for the second half of the course, which the IOC hopes will be finalised in the coming weeks.

Tokyo 2020 and World Athletics will also conduct a site inspection before confirming the second part.

Hokkaido University is among the landmarks which will be passed along the planned marathon course, which Tokyo 2020 and the IOC claim will leave a legacy for a future half-marathon in the city.

Keeping the men's marathon on the final day raises possible logistical concerns for organisers, as athletes will have to be flown from Sapporo to Tokyo to attend the Closing Ceremony.

Tokyo 2020 had hoped for a change in the schedule but the IOC has got its wish of maintaining the recent tradition of the men's marathon taking place on the final day, before the winners are awarded their medals at the Closing Ceremony that evening.

IOC sports director Kit McConnell suggested bringing forward the men's marathon was not considered as the organisation wanted to "cluster" the other road athletics events around the final day showpiece.

"The men's marathon is a critical part of the last day so it made sense to keep the men’s marathon where it was and build back from that," McConnell said.

The late move of the events to Sapporo, the capital of Hokkaido Prefecture, from the IOC sparked widespread criticism in Japan, led by Tokyo Governor Yuriko Koike.

Others, including World Championships race walking bronze medallist Evan Dunfee of Canada, have criticised the IOC for the decision.

The IOC claim it moved the events because of the cooler temperatures in Sapporo and to avoid the extreme heat expected in Tokyo.

"Athletes’ health and well-being are always at the heart of our concerns and the decision taken to move the marathon and race walk events to Sapporo shows how seriously we take such concerns," said IOC Athletes' Commission chairperson Kirsty Coventry.

"We also want the Olympic Games to be the platform where athletes can give 'once-in-a-lifetime' performances, and this new venue ensures they will have the conditions to give of their best."