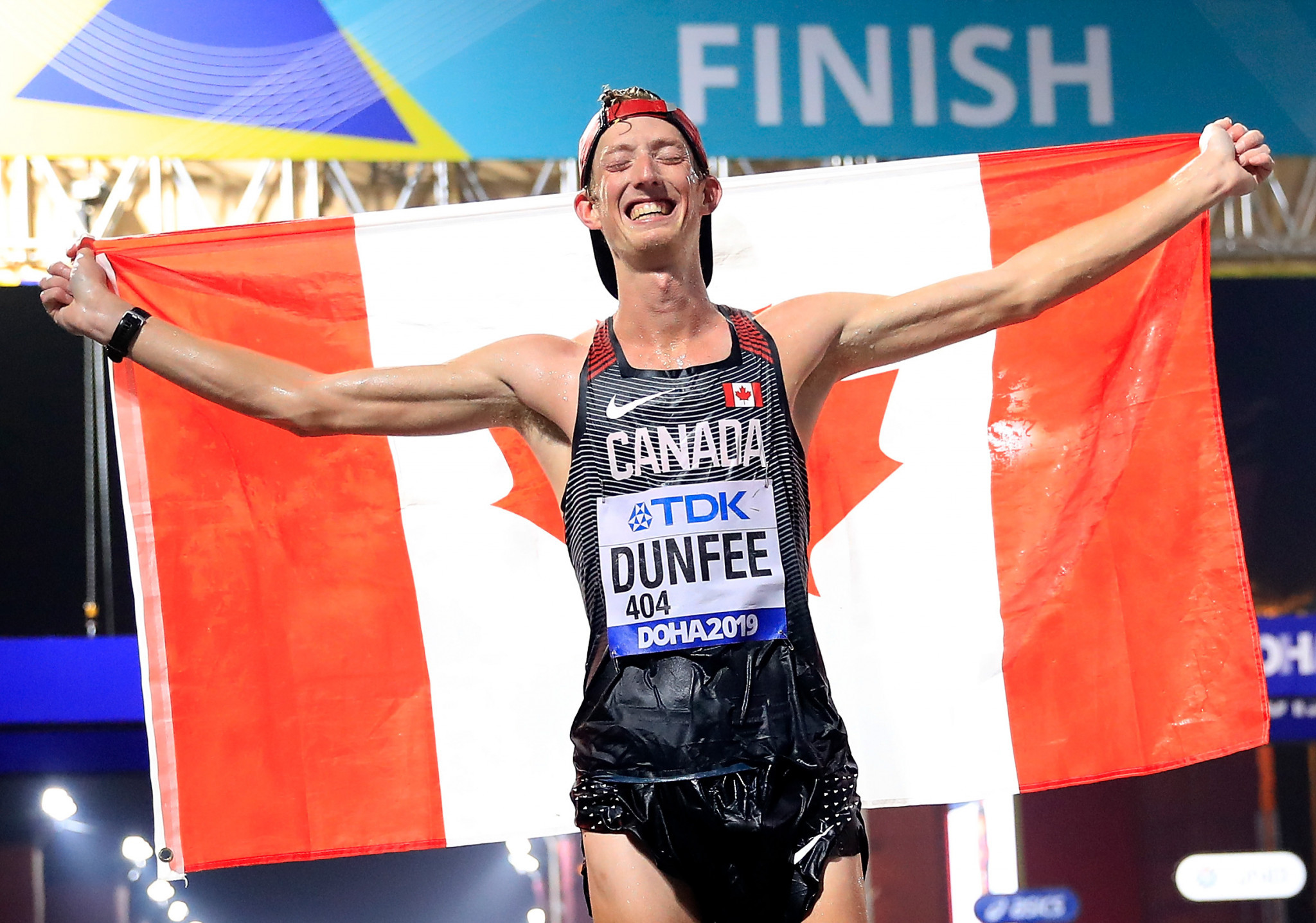 A contender for an Olympic medal in the race walks next year has claimed the International Olympic Committee (IOC) has moved his event and the marathon from Tokyo to Sapporo to try to protect itself, not because they are concerned about the health of the athletes.

Canada's Evan Dunfee, bronze medallist in the 50 kilometres race walk at the recently-held International Association of Athletics Federations (IAAF) World Championships in Doha, has claimed if the decision had really been taken to protect athletes from the searing heat then a number of other events would also have been relocated from Japan's capital.

He cities the examples of open water swimming, rowing and triathlon where athletes suffered heat-related problems during Tokyo 2020 test events but which the IOC have not considered moving.

"There has been no talk about moving any of these events out of Tokyo despite these obvious concerns," Dunfee, who also finished fourth at Rio 2016, writes in an exclusive blog for insidethegames.

"The difference between these and events from the IAAF World Championships in Doha isn’t the safety of the athletes.

"The IOC is scared of facing a similar backlash and is acting brashly in an effort to protect their brand."

Dunfee also claims the people most affected by the controversial decision by the IOC to move the marathon and race walks 800km away from Tokyo is the Japanese public.

"The people of Tokyo are the ones paying for this Olympics, they are medal contenders in four of five of these track and field events and the marathon is the marquee event in Japan," he writes.

"They are having these events ripped away from them against their will."

Dunfee's critical analysis of the decision coincided with a new row developing between Tokyo 2020 and the IOC about the bitterly-opposed plan.

Last week, Tokyo 2020 President Yoshirō Mori had warned that the men's marathon would have to be rescheduled so it will no longer be the last athletics event of the Games.

He claimed it would be logistically impossible to stage an event so far away when Tokyo 2020 officials would be preparing for the Closing Ceremony.

John Coates, chairman of the IOC Coordination Commission for Tokyo 2020, insisted today, however, that they were against any plan to change the schedule.

They also want to acknowledge the medallists from the women's race at the Closing Ceremony, even though their event is due to take place a week earlier on August 2, Coates revealed for the first time.

"There’s no final decision made at this stage but everyone should work on it being on the same date."

Coates, though, did appear to concede that this was a position from which the IOC may be forced to retreat.