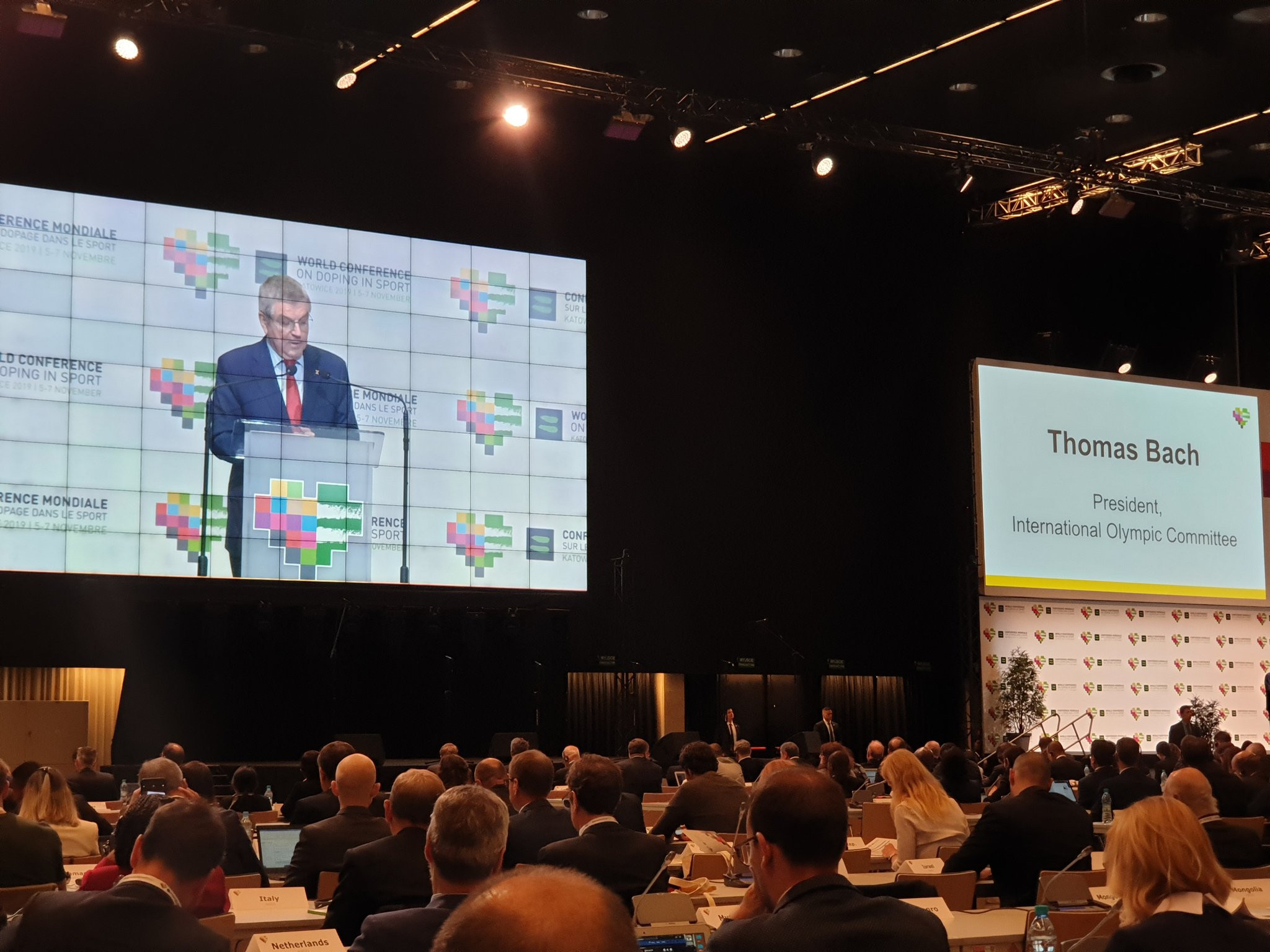 It could be accompanied by dried blood spot testing (DBS), another significant new weapon in the war against drug cheats, Bach told the opening session of the fifth World Conference on Doping in Sport organised by the World Anti-Doping Agency (WADA) here.

"With research on genetic sequencing progressing well, this new approach could be a ground-breaking method to detect blood doping, weeks or even months after it took place," Bach told an audience of 1,600 delegates from the Olympic Movement, national anti-doping organisations and government agencies.

"If approved by WADA, such new gene testing could be used already at the Olympic Games Tokyo 2020.

"We want the cheats to never feel safe, anytime or anywhere."

The new gene test, believed to be in the final stages of development, has been pioneered by by Yannis Pitsiladis, a professor of sports science and genetics at the University of Brighton in the United Kingdom, who has been developing it since 2006.

It is designed to identify the abuse of certain performance-enhancing drugs more accurately than existing methods.

It has been hailed as the most significant advance in drug-testing since the athlete biological passport was formally introduced in 2002.

Genetic sequencing will be used to detect all forms of doping, it is hoped, but research is currently focused on blood-doping.

The method involves identifying changes to the body's genetic signature as a result of the two forms of blood doping: a transfusion or the use of a banned product that increases the production of red-blood cells, including erythropoietin (EPO), the most widely abused drug used to boost blood.

Research by Pitsiladis, a member of the IOC Medical and Scientific Commission, has shown that there are approximately 21,000 genes in the body, and several hundred turn on when an athlete has taken EPO or undergone a blood transfusion.

It has been discovered that this change in the athlete's genetic signature will remain detectable for weeks - maybe even months - after the doping took place.

Even if the new test is not validated in time for Tokyo 2020, the IOC claim to store samples so they can analyse them when it is ready.

"This will add to the fact that the pre-Games testing programme for the Olympic Games Tokyo 2020 will be the most extensive programme ever, aimed to maximise both detection and deterrence," said Bach.

WADA announced last month it had signed deals with seven organisations, including the IOC and International Testing Agency, to develop and implement DBS.

Described as a potential "game-changer" for anti-doping at major events, WADA believes it could lead to a quicker and easier system which would allow for more tests and, in turn, the potential to catch more cheats.

It could also be favoured by athletes as an alternative to the inconvenience of urine and blood tests, as a sample can be taken via a simple finger prick.

"Based on the progress with regards to anti-doping research, which has been made thanks to the joint efforts with the Governments and WADA, we can look confidently to the future," Bach told the audience.

"In this respect, one of most the promising collective research projects is the dried blood spot method.

"This DBS method could very well revolutionise the anti-doping fight, since it will allow for fast, simple and cost-effective collection of samples that can be easily and cheaply transported and stored.

"Reflecting the spirit of all stakeholders joining forces, this is very much a collaborative project between WADA, the IOC, the International Testing Agency, as well as several National Anti-Doping Organisations, including the United States, China, Japan, Switzerland and Australia.

"In a meeting between these partners, it was agreed that the DBS method should be implemented no later than at the Olympic Winter Games Beijing 2022, but that some aspects of DBS testing could be used as early as the Olympic Games Tokyo 2020."

Only a small amount of blood would be needed after a DBS test, making samples less expensive to collect and transport.

They would also take up less space in storage and not degrade as quickly.