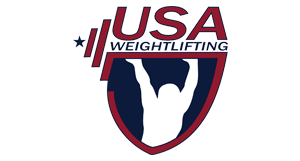 A new testing method designed to increase the amount of samples taken while "reducing the human and financial resources required" will be given another outing at a weightlifting event in the United States later this month.

USA Weightlifting has confirmed dried blood testing, involving dropping a few spots of blood onto paper which is then analysed to detected banned performance-enhancing drugs, would be used at its American Open Series 2 competition from July 25 to 28.

The method is not mandatory for athletes competing at the tournament in Albuquerque, however.

USA Weightlifting said in a statement that weightlifters "have a right to refuse to be sampled as part of this new pilot programme" but may still be subjected to blood or urine tests if they refuse.

Dried blood testing will be used in addition to the traditional blood and urine sample collection methods.

The national governing body has partnered with the United States Anti-Doping Agency (USADA) to ensure the method, which uses TAP, the world’s first push-button blood collection device, is available for the event.

It was first piloted at the American Open Series 3 weightlifting competition in Las Vegas last year.

The TAP collects a blood sample from the surface of the skin and stores the sample securely within the device with the push of a button, according to USADA.

It is also claimed it makes sample collection less painful and invasive for athletes.