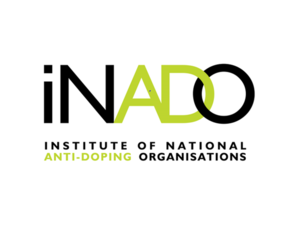 Several ideas, including the use of GPS technology to track athletes and a radical proposal for convicted drugs cheats to be barred from the medals podium, prize money and setting records, have been put forward following an anti-doping symposium in Switzerland.

The Institute of National Anti-Doping Organisations (iNADO) Athlete & Leader Symposium at the Berlinger Group factory in Ganterschwil was attended by around 20 elite athletes from Olympic and Paralympic sport, as well as representatives from 37 NADOs.

Other calls included a message of support for a new dried blood-spot samples collection technique and a greater emphasis on security and support for whistleblowers.

Athletes and their organisations must be able to "speak freely and independently on how best to protect clean sport", it was also agreed, and be able to "constructively criticise anti-doping organisations and others failing to do their jobs".

They had criticised Beckie Scott, head of the World Anti-Doping Agency Athlete Committee, for calling for Russia to compete neutrally at next year's Winter Olympics in Pyeongchang before the completion of two IOC-commissioned investigations into alleged urine sample tampering at Sochi 2014.

Areas for improvement raised at the Symposium were described as "ideas" in a statement afterwards rather than firm proposals.

The call for the use of GPS technology to replace the current whereabouts method in the WADA Anti-Doping Administration and. Management System (ADAMS) follows widespread criticism of a proposal to consider using microchip technology.

iNADO chief executive Joseph de Pencier told insidethegames afterwards they plan to set-up a group to work alongside German scientists to develop this technology further - which could come in the form of a fob on a key-chain.

The athletes present - who have not been named - were said to be largely supportive of the idea as it would be logistically easier than the current system of them having to manually update their changing whereabouts information.

It is not yet clear how effective this technology be, however, particularly considering the remote nature of many training locations used by athletes.

"NADOs must be dedicated to seeking athlete advice in formulating and executing best-practice anti-doping," the iNADO statement added.

"The majority of athletes would be open to the possibility of GPS technology in place of ADAMS for whereabouts.

"Participants support the practice of dried blood spot sample collection technique and look forward to continued improvements in the technology.

"Given the number of well-established paperless doping control systems, WADA must move immediately to create a data management interface to enable NADOs to transfer electronically to ADAMS the data in their control."

The call for doping cheats to not receive prize money or be allowed to win medals or set records is unlikely to come to fruition for legal reasons relating to the double jeopardy rule.

It would also seen very harsh on those convicted of minor anti-doping offences.

But de Pencier described it as an interesting proposal supported by many people present.

At the same time, he claimed "former dopers do have a role in anti-doping".

The statement added: "They can be powerful educators, and can provide important intelligence about doping.

"But they must be genuinely remorseful including apologising publicly for the hurt they have caused to clean athletes and to their sports.

"They should not get reduced sanctions for their contributions to anti-doping but should do so for their own rehabilitation and because it is the moral and ethical thing to do."

A call was also made for WADA and NADOs to step-up their regulation work in spotting anti-doping activity, because, as things stand, some athletes "feel that investigative journalists are more effective than anti-doping organisations in pursuing organisational misconduct and corruption in anti-doping".

WADA should also have the power to sanctions organisations - and their leaders - who fail to comply with the World Anti-Doping Code, they announced.

"NADOs and their athletes very much want the new Russian Anti-Doping Agency (RUSADA) to succeed and to provide credible anti-doping protection to Russian athletes," the statement clarified.

"But for international trust in the new RUSADA, it will be judged by its actions and performance, not by its words.

"It must 'walk the talk' - the signs are promising, but trust will take time."