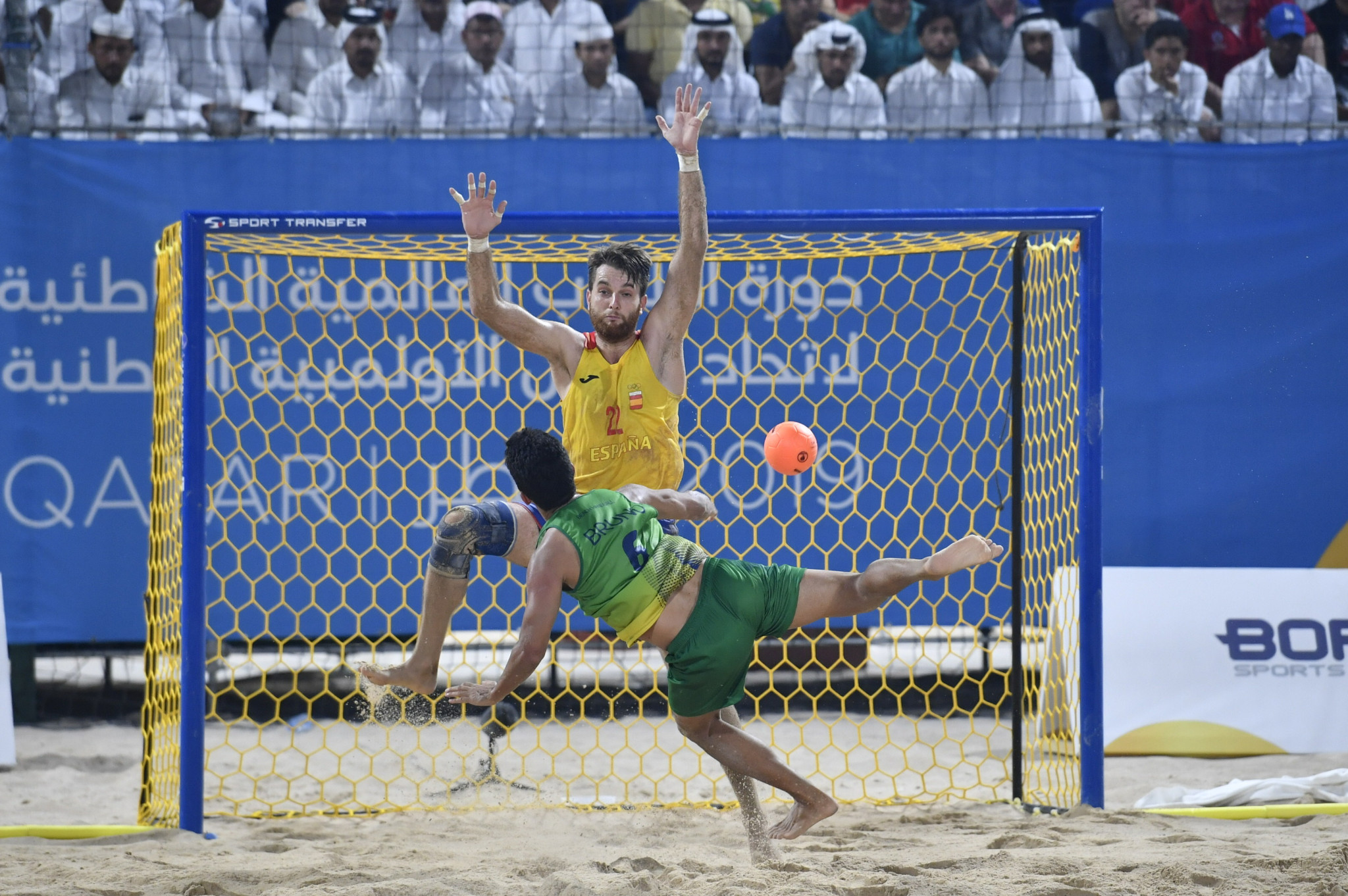 World champions Brazil were given a tough test in the men’s gold medal match at Katara Beach, with Spain having threatened an upset.

The Spanish team had the edge in the opening set of the tie, which they secured by a score of 17-14.

They were able to force a shootout by clinching the set by the narrowest of margins.

Bruno had proved the hero for Brazil and admitted afterwards that he had looked back on a previous negative experience prior to converting their decisive penalty.

"So, every time I shoot I remember that."

There was Scandinavian success in the women’s competition as Denmark emerged as the competition winners.

They faced a repeat of their European Championship final match against Hungary for the gold medal.

Denmark were able to deliver the same result, as a last second goal in the second set saw their team earn a 21-19, 15-14 victory.