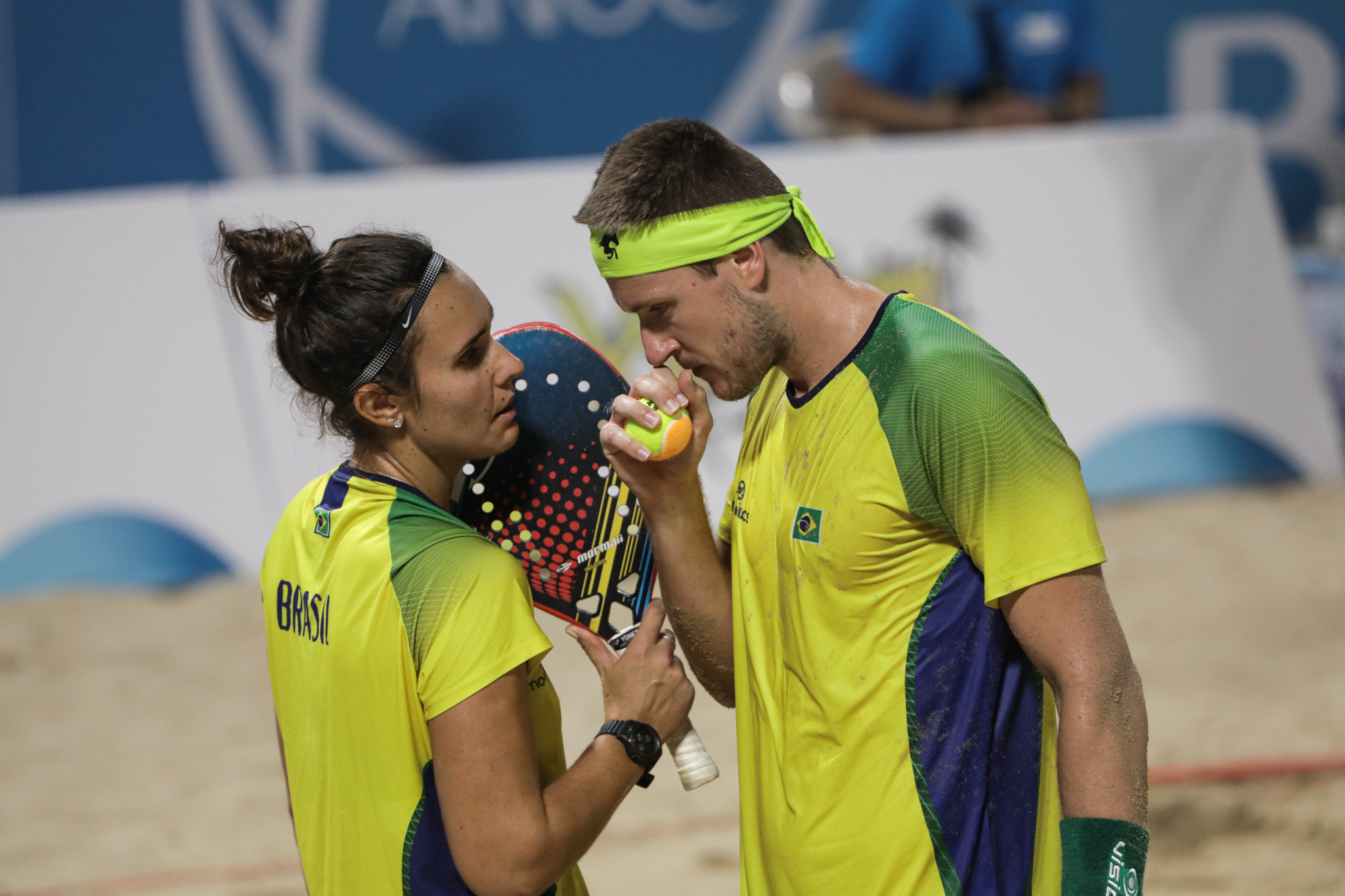 It proved to be a far easier match than their semi-final, where Miiller earned a measure of revenge in a 6-4, 7-6 win over Italy’s Tomasso Giovannini and Flaminia Doana, the latter of whom had partnered Nicole Nobile to victory in the previous night’s women’s doubles.

Gianotti and Hoarau had also had a tough semi-final, coming through 7-2, 2-6, 10-7 against the other Brazilian pair, Vinicius Font and Miiller’s women’s doubles partner Joana Cortez.

"This is our first [tournament] playing together," said Miiller, who earned the world title this year playing with Germany’s Maraike Bigimaier.

"Our combination is perfect because Andre plays on the right side and he is left-handed. And I play on the left and I am right-handed.

"So our combination, for me, is perfect.

"Our strategy worked perfectly - we played a lot of points to [Hoarau].

Baran also had to settle for silver in the previous evening’s men’s doubles.

"My dream has come true with this gold medal," he said.

Gianotti, meanwhile, was philosophical in defeat.

"At the beginning of the tournament, we didn't even think that the final existed," he said.

"We saved a lot of match points in the quarter-finals.

"It's incredible for us to arrive here - it's impossible to be sad."