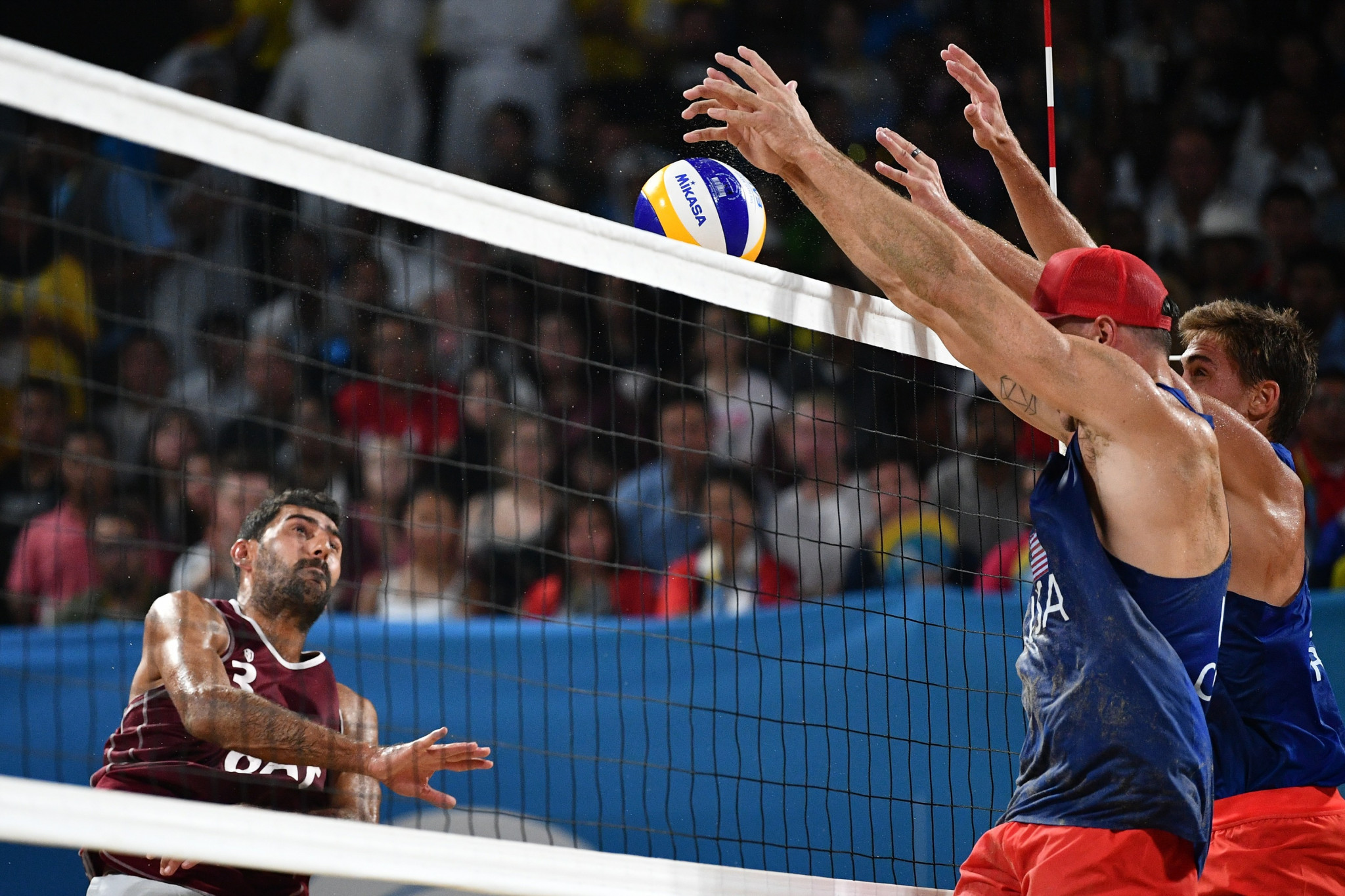 There was huge interest in the men's final as the Americans clashed with hosts Qatar, looking for a golden finish to their home event.

Most of the beach volleyball matches at the Games have been played at Al-Gharafa but the medal games were moved to the main venue hub at Katara Beach.

This ensured a full house and every vantage point was taken as fans tried to peer onto the court from all angles.

"Each of us found our role," said American Casey Patterson.

"Tonight we decided to just ride out that line-up until we needed to switch.

"Nothing ever happened, everyone was in the zone, so as a veteran I knew that that was more important than playing time.

"So we tried to keep that flow going, keep the guys comfortable and getting better and better."

The result reversed a Brazilian win over the US in the pool phase.

"I think we came in with zero expectations, because we knew how good Brazil was from pool play," said American Karissa Cook.

"They beat us pretty good earlier this tournament, so we just came in thinking we’ll have some fun, we’ll make a couple of changes, we’ll take some risks and see what happened - and it worked."