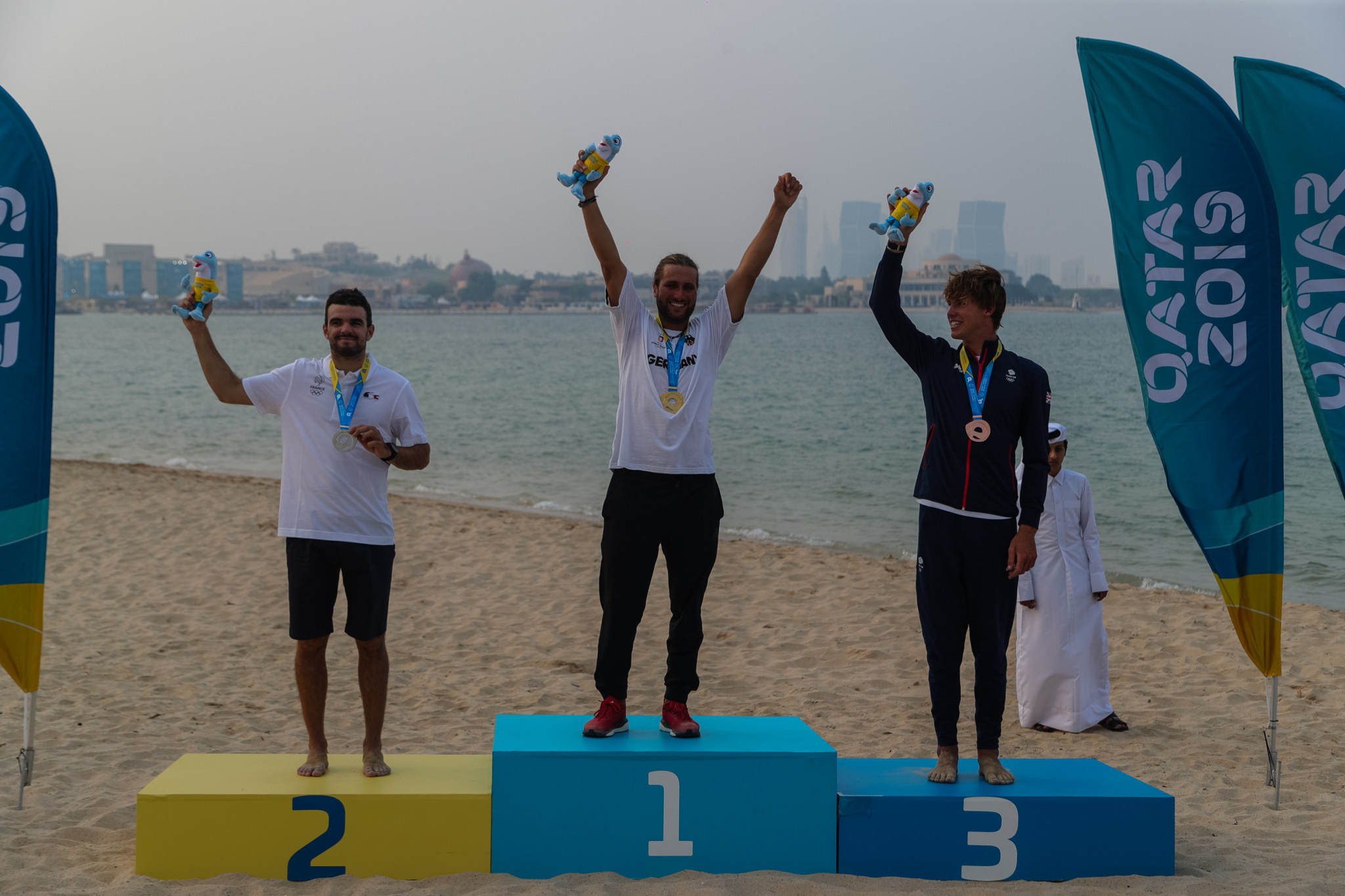 Germany's Florian Gruber made the most of his expertise in light winds to win gold in the men's kitefoil at the inaugural Association of National Olympic Committees World Beach Games.

He won both races to take the title with a total of three points, ahead of Nicolas Parlier of France in silver, with Great Britain's Guy Bridge in bronze.

"Sure I was a little bit nervous, but if Nico were to win I would still secure my second place.

"I just tried to attack and do my best and I think it went off quite well.

"I've had a really good season so far and to finish like this is unbelievable.''

Gruber won the first race by a whisker to prolong the competition, then dominated the second to delight the watching crowd of German supporters, alongside women's champion Daniela Moroz from the United States.

"When she [Daniela] comes over to Europe, I try to help her.

"She jumps in my van and we travel to competitions together.

"We are in the same team in the kites - when I come over to the US they help me out a lot and it is a really good friendship between the riders.''

Gruber has been preparing for the ice hockey season back in Garmisch.

"Only a day before flying out here I was still on the ice, training with my friends at home to get a little ahead for the season - I came here so very relaxed."

Parlier led after qualification but couldn't maintain his position.

"It is really tight and the course is really short - it is the first time we did this format," Parlier said.

"The wind was really tricky and we had some lulls around the course.

"I did my best to finish second and did what I could."

"I just tried to stay quite clean," Bridge said.

"It wasn't the lightest wind it has been, but it made it quite tricky.

"Certainly I went for it in the first race, but I had a poor start in the second and on a short course it is quite hard to gain pace.

"We are not really used to this as kitesurfers with a lot of media and stuff like that, but it is really good."