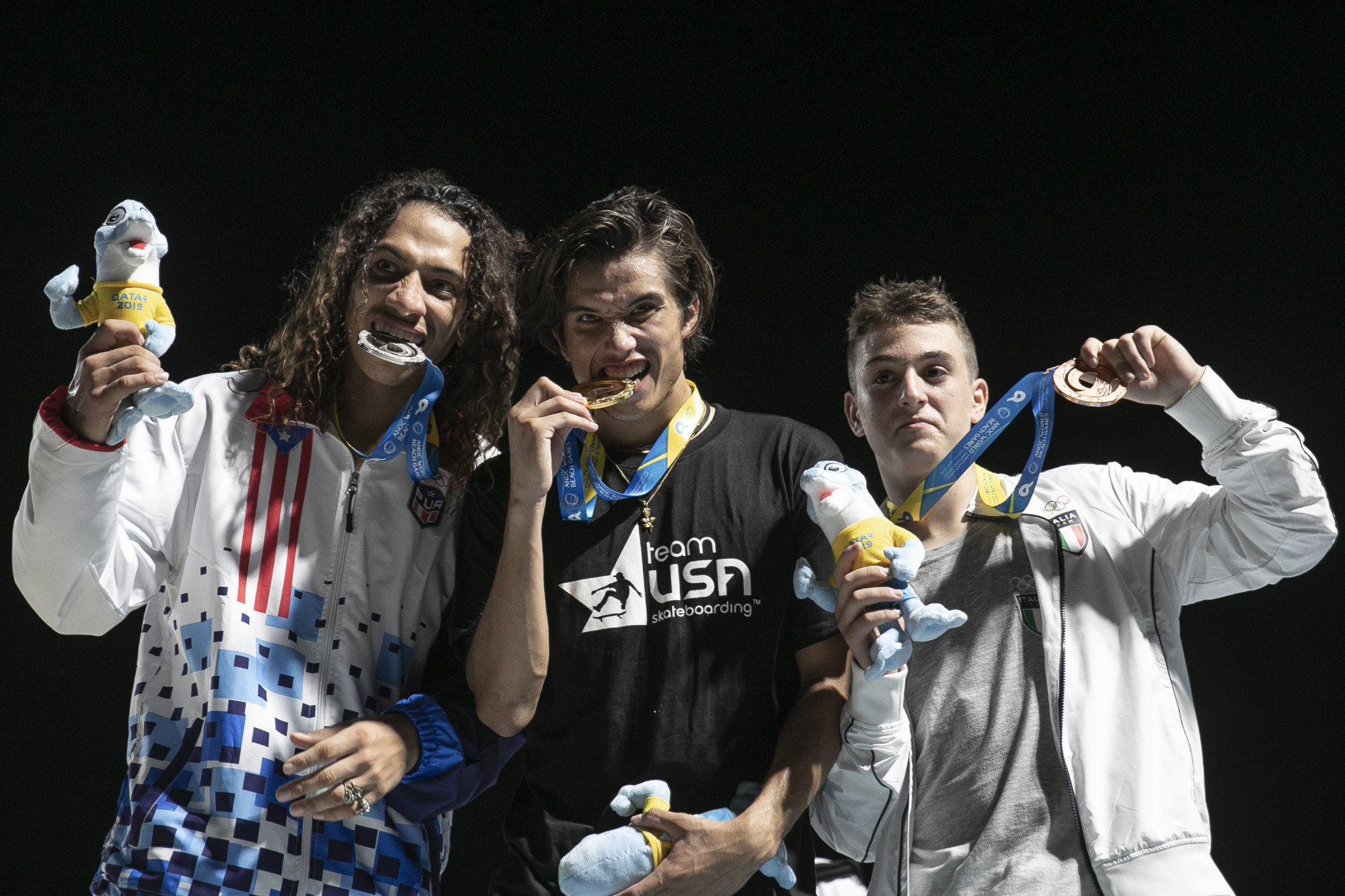 World champion Heimana Reynolds secured victory in the men’s skateboard park event at the Association of National Olympic Committees World Beach Games as he continues to establish himself as the rider to beat at next year’s Olympic Games.

The American came into the competition at the Aspire venue as favourite to secure gold, follow his recent run of success.

The 21-year-old triumphed last month at the World Skate Park World Championships in São Paulo, having earned silver the year before.

Reynolds was challenged here, with his first run score only proving enough for second place in the standings.

Puerto Rico’s Steven Pineiro led the way on a score of 65.01 points, which forced his American rival to respond.

Reynolds responded impressively by achieving a total of 69.00 points in the second run to take top spot.

Neither he nor his rivals were able to better the effort in the third and final run of the competition.

It gave world number one and Olympic rankings leader Reynolds the gold medal.

“The competition was hard, it was pure fun," Reynolds said.

“I enjoyed it, the crowd was amazing.

“I tried to do some more flips and tricks for the fans. I tried my best and I am really happy.

“It is my dream to be part of the Olympic Games.

“I wanted to do that since I was a kid, I have high hopes.”

Pineiro was rewarded for his first run of the competition by winning the silver medal.

There was a close battle for the final podium places.

Italy’s Alessandro Mazzara claimed the bronze medal with a score of 58.00 points after narrowly edging out Denmark’s Rune Glifberg, who finished just outside the medal places on 57.21.