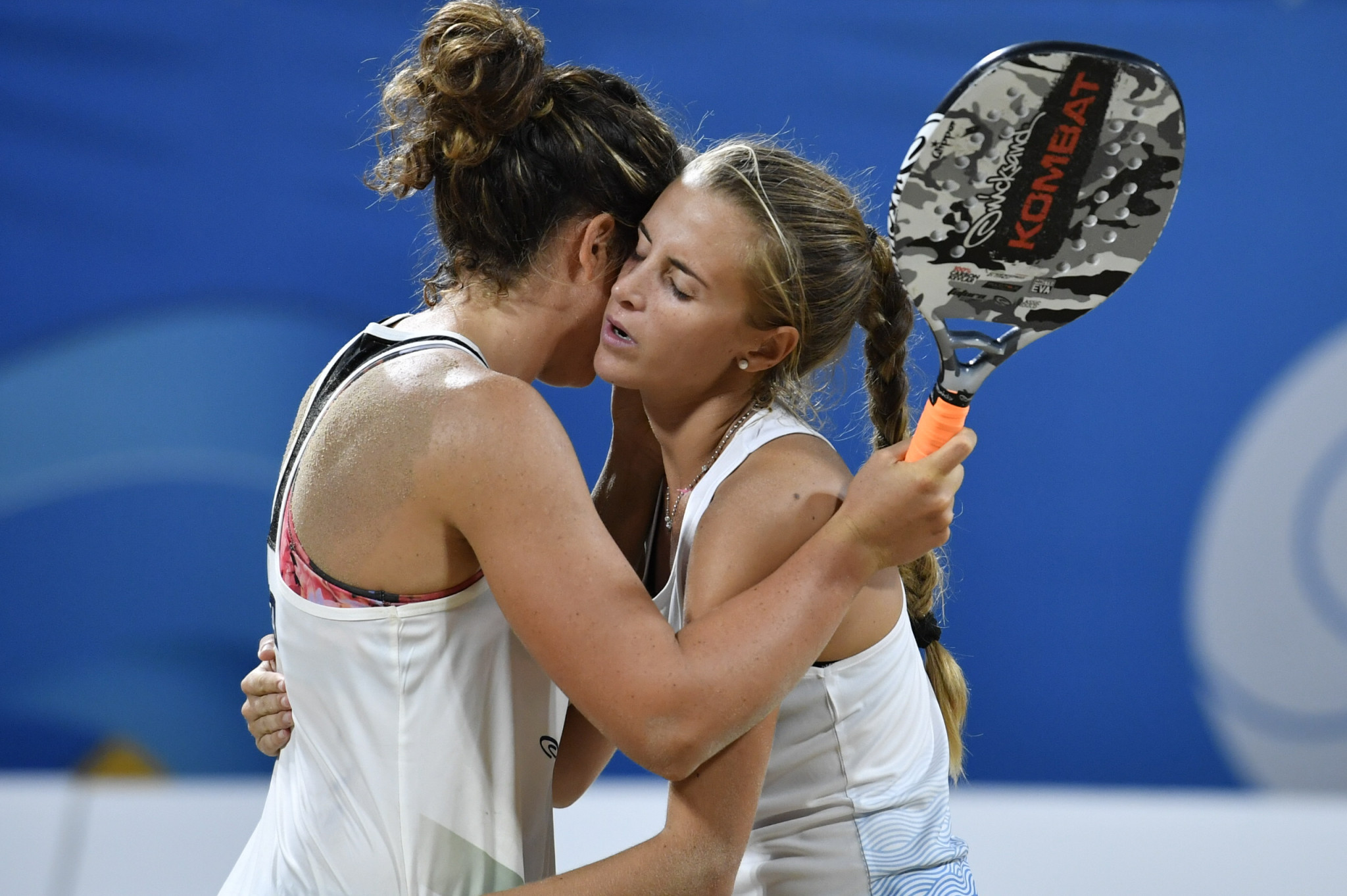 It proved to be a dark night for Brazilian beach tennis at the Association of National Olympic Committees World Beach Games here as they lost in the men’s and women’s doubles finals - the latter of which suffered an unfortunate power failure during the first match point.

After anxious officials had scurried about for five minutes the light returned to the central court here, and although Brazil’s pairing of Joana Cortez and Rafaella Miiiler saved the replayed point, they eventually succumbed 13-11 in the deciding tie break after a dramatic match in which they had won the first set 7-6 on a tie-break, and lost the second in the same fashion.

It was a notable triumph for Italy’s Flaminia Daina and Nicole Nobile after Brazil had served twice for the title at 5-2 and 5-4 in the second.

The men’s final was also a close affair, with Brazil’s Andre Baran and Vinicius Font losing 7-6, 7-5 to the Spanish pairing of Antonio Ramos and Gerard Rodriquez.

Miiller was playing alongside a relatively new partner in Cortez, having won the world title earlier this year with Germany’s Maraike Bigimaier.

It was little wonder that emotions were high at the end of a long and dramatic women’s final.

Nobile, whose high under-arm serving and fierce smashes had done so much to prise the gold out of the Brazil’s early grip was ecstastic.

Her partner sank onto her knees in the corner of the court, overcome.

Reflecting on the power cut, Nobile told insidethegames as she and her partner were briskly marched off to doping control: "It was crazy!

"I hit a perfect smash and I was good to push my second shot when the power went. We were just smiling, because so many things in the match seemed to have gone against us.

"When the lights went back on, I think they were more scared than us."

The Italians had been particularly unhappy earlier in the match about a Brazilian serve that they left, having seen an indication that it was invalid, but which was then credited with a point.

During a changeover midway through the second set, Miiller went over to Daina and attempted to shake hands. Daina was not having any of it.

"I am very happy because for the last three or four matches I have not played well, I did not have enough energy on the court," Nobile added.

"But tonight it was different.