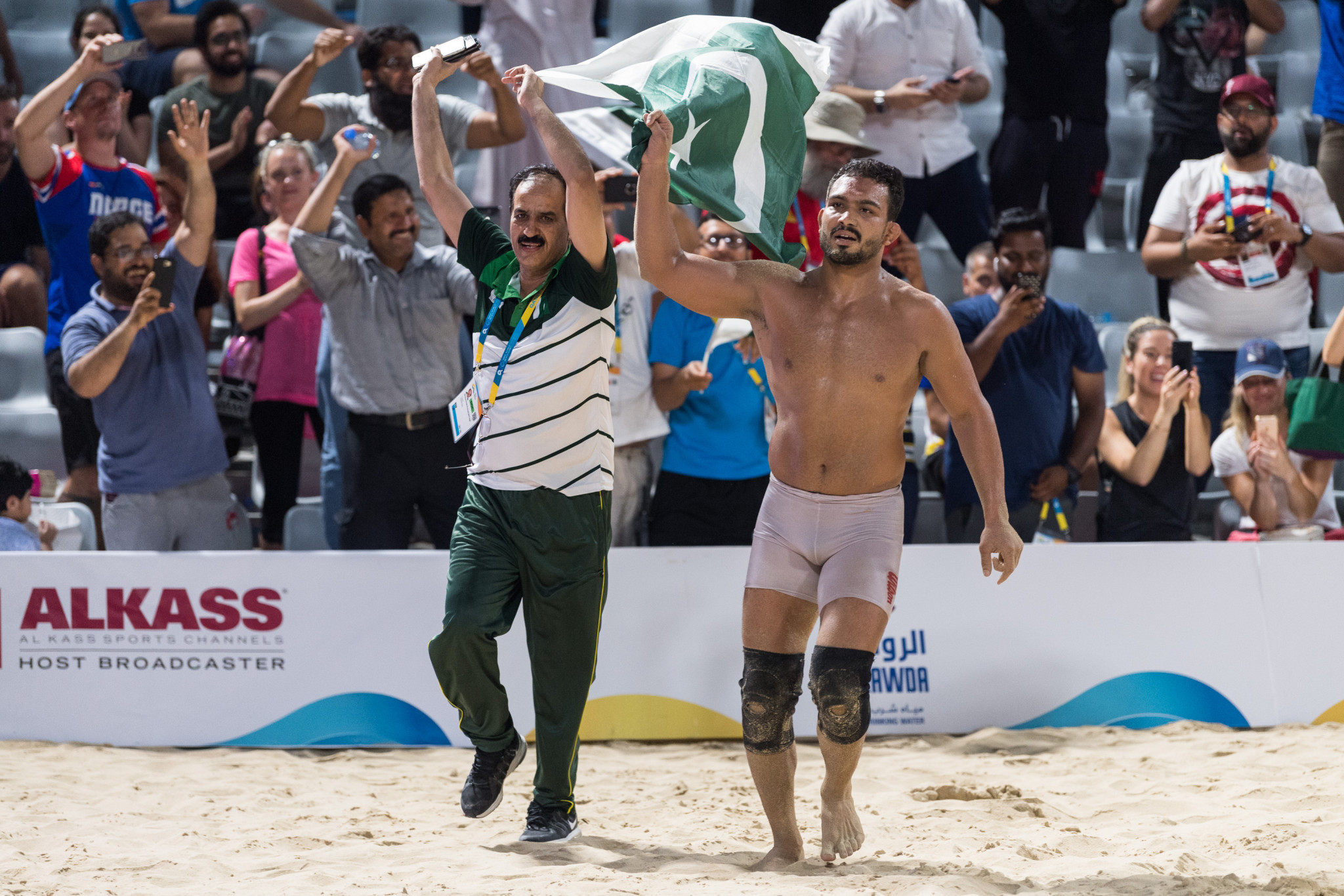 The two-time Commonwealth Games champion had vowed to showcase Pakistan as a "sport loving and friendly nation" at the first edition of the multi-sport event.

The experience on the sand of the 2016 Asian Beach Games champion shone through as progressed through to the final.

There, Inam faced the challenge of Georgia’s Dato Marsagishvili and completed his impressive competition by winning 5-2 to clinch gold.

It was mixed fortunes for Georgia in the two men’s finals, Levan Kelekhsashvili succeeding where Marsagishvili had failed.

Kelekhsashvili emerged as the winner of the men’s 70kg competition after a closely fought contest with Azerbaijan’s Panah Ilyasli.

The Georgian earned the solitary point of the final to be crowned champion.

Nigeria’s Mercy Genesis admitted to being surprised by a move by opponent Kamila Barbaosa Vito da Silva, which saw the Brazilian win the women’s 50kg final.

Da Silva achieved a dramatic takedown when trailing 2-1 to turn the tie around and secure a 3-2 victory.

"I surprised her with my move," da Silva said.

"I strongly believed that I could win this.

"The World Championships, the Pan-American championships and the Olympic qualification tournaments are my next goals."

Bulgaria’s Miglena Selishka rounded off the podium places, following a 3-1 win over Romania’s Stefania Priceputu in the bronze medal bout.

Romania were the bronze medallists on this occasion, with Adina Popescu winning 1-0 against Gabriella Sleisz of Hungary.

The final wrestling events are due to take place tomorrow.