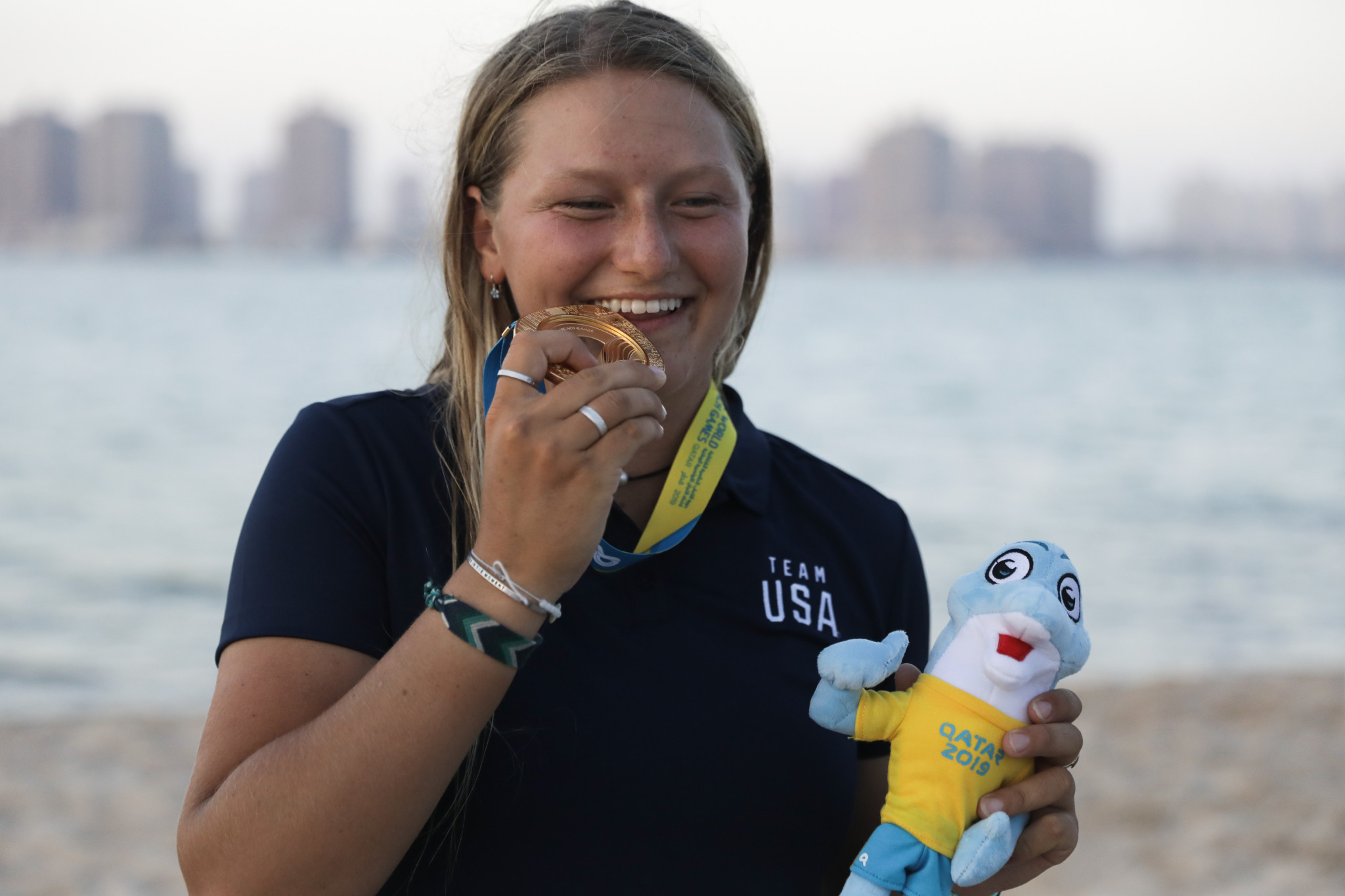 World champion Daniela Moroz of the United States won the kitefoil at the Association of National Olympic Committee World Beach Games but was even more excited by the prize she received along with the gold medal.

Each medallist is given a souvenir Dolphy mascot and for Moroz that was a special moment.

"I am a really big fan of stuffed animals," she told insidethegames.

"I think I am more excited about that than the medal.

"I am 18 years old and still travel with a stuffed animal."

Moroz had been dominant in qualification for the final and produced a magnificent performance to clinch gold.

"I’ve won pretty much every title that I can get this year which was my goal for the year so I am really happy with that," she said.

"Conditions have been really tough, it has been really challenging, it is actually when it is this light, it can be really shifty.

"You really have to know and play the shifts and do really well with your strategy but it is so so fun.

"Putting yourself in a good position at the start sequence I wanted to get right next to the boat so I did that really well and then we had a really big shift just before the start,

"I think I read into that well and played it off really well.I was really happy with my performance."

Variable conditions had delayed racing but Moroz insisted it had not affected how much she enjoyed the experience.

"I just think that I am out having fun with a bunch of my friends in the afternoon," she said.

''I am happy I am closer to Daniela," she said.

"I am a fan of her and I want to catch her someday.

"I had nothing to lose and I made my race for second position.

"This time the wind worked for me so I am happy and excited about it.

"I am happy for the other girls as well.

"On the beach we are always friends we talk about such different things not only about kite.

"On the water we are fighters but we are still friends nothing changes.

"Someone who you fight with is not a bad person."

"I am very happy because I never got a medal in such an event," she said.

"It was very difficult and tough and everything was changing until the last moment.

"The conditions were very tough and it was very hard but it was also a lot of fun."