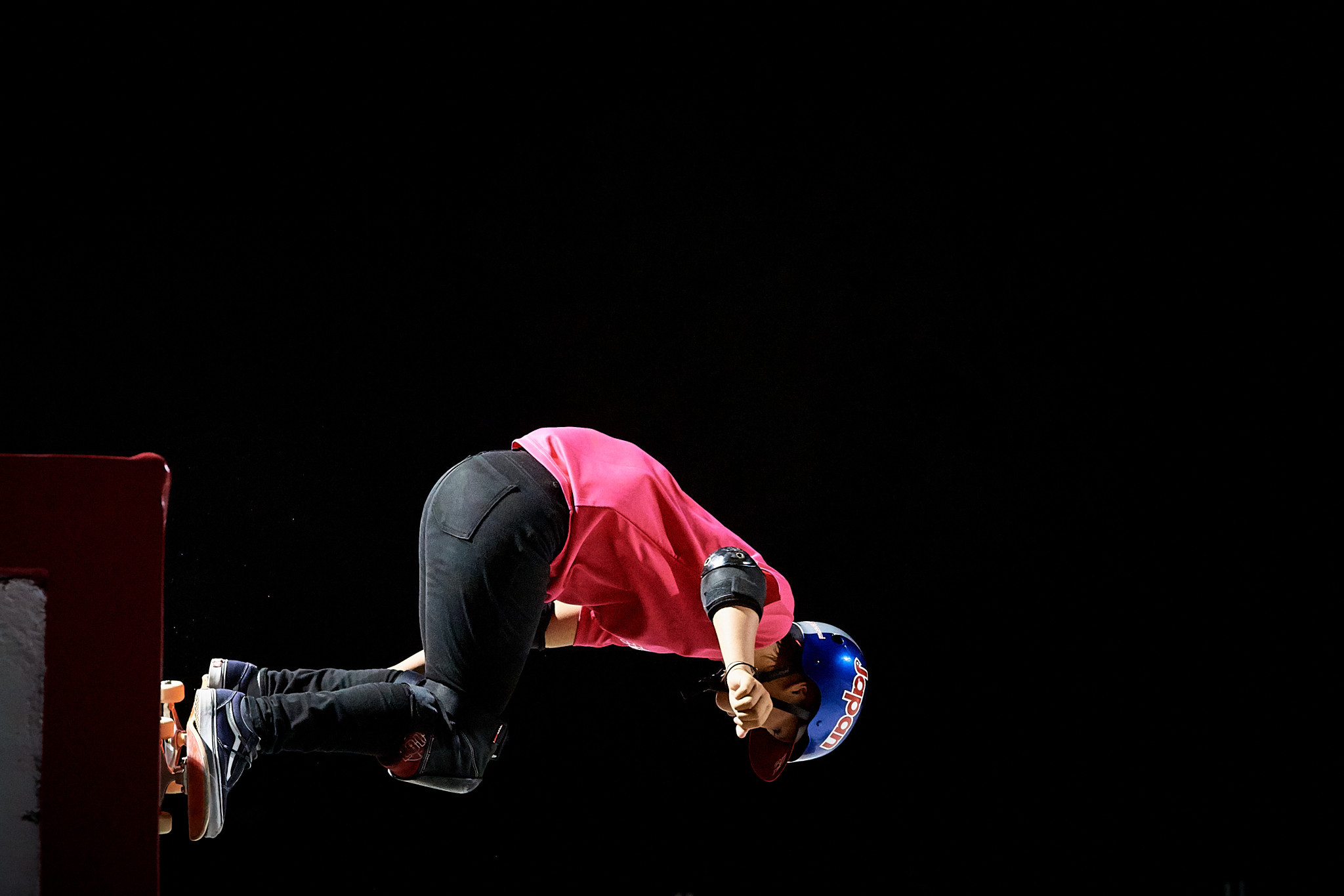 Last year's world champion Sakurai Yosozumi was the last to go in the first round but recorded marks of 38.66 points to lead the competition.

She was never headed.

In the second round, Yosozumi came off the board only seconds after her routine had begun and also came off early in the third round but it did not matter.

Her routines were packed with new tricks and also some moves more familiar to skateboard fans.

The "backside disaster" is generally a good thing but not if you come off the board as Yosozumi did.

"I have been practising the same routine many times, and that is why I tried it in the second round," Yosozumi told insidethegames.

"This win has given me a lot of confidence, but because I wanted to perform much better, I still regret it a little bit."

Only Yosozumi's compatriot Kihana Ogawa, with a score of 31.31 points, came close.

"By observing the Japanese, it is possible to learn much," she said.

Japan’s recent success at World Championship-level and here at the ANOC World Beach Games has left experts insisting that they have "redefined what is possible in the sport".

Yosozumi received her gold medal from International Olympic Committee member Prince Feisal al Hussein of Jordan, a reminder of the impending debut of the sport in an Olympic Games in Tokyo next year.

"Why is skateboarding so popular in Japan?" Yosozumi told insidethegames.

"If you tried it you would feel it and understand why.

"To have it in Japan will be a very exciting moment for us."