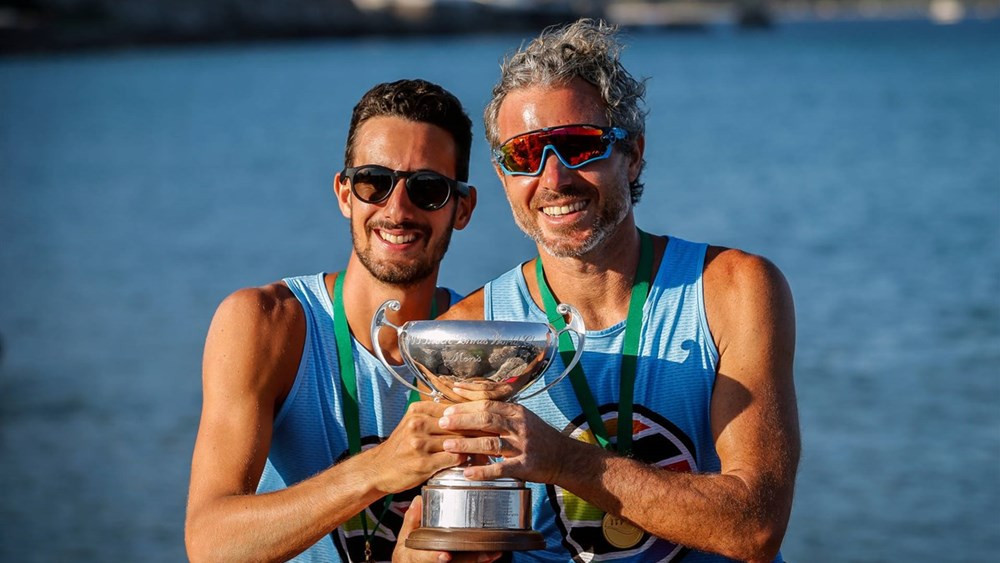 The beach tennis line-up for the inaugural Association of National Olympic Committees (ANOC) World Beach Games in Doha this month has been announced.

Sixteen pairs will compete in both the men's and women's competitions in Qatar, with the entry list announced by ANOC and the International Tennis Federation (ITF).

One wildcard pair has also been selected for both the men's and women's tournaments, with 14 countries featuring in all.

The men's event is led by Italy's reigning world champions Alessandro Calbucci and Michele Cappelletti, who claimed their fourth global crown on home sand in Terracina in June.

They beat Italy's Tommaso Giovannini and Russia's Nikita Burmakin in the final, who will both also play in Doha but must compete this time with partners from their countries.

Giovannini joins forces with Luca Cramarossa while Burmakin will play alongside Sergey Kuptsov.

Rafaella Miiller, one half of this year's women's world champions, will play in Doha alongside Brazilian team mate Joana Cortez.

She won the world title in Terracina with Germany's Maraike Biglmaier who is not on the start-list in Qatar.

Italy's beaten finalists, Sofia Cimatti and Giulia Gasparri, are able to team-up for the Beach Games.

A mixed doubles event will also take place in Doha, with the pairs still to confirmed.

Hosts Qatar will definitely be involved, despite not entering the men's and women's events, as part of legacy plans for beach tennis in the region.

Haider Farman, World Beach Games technical director, said: "It is fantastic to see that the ANOC World Beach Games Qatar 2019 will feature some of the world's top beach tennis stars from 14 different countries.

"Beach tennis is one of 13 exciting and dynamic sports on the Games programme and we have no doubt it will deliver thrilling matches for fans in Qatar and around the world."

More than 1,200 athletes are expected in Qatar, with action split between the Katara and Al Gharafa venues between October 12 and 16.

The Games include a total of 14 disciplines in 13 sports.