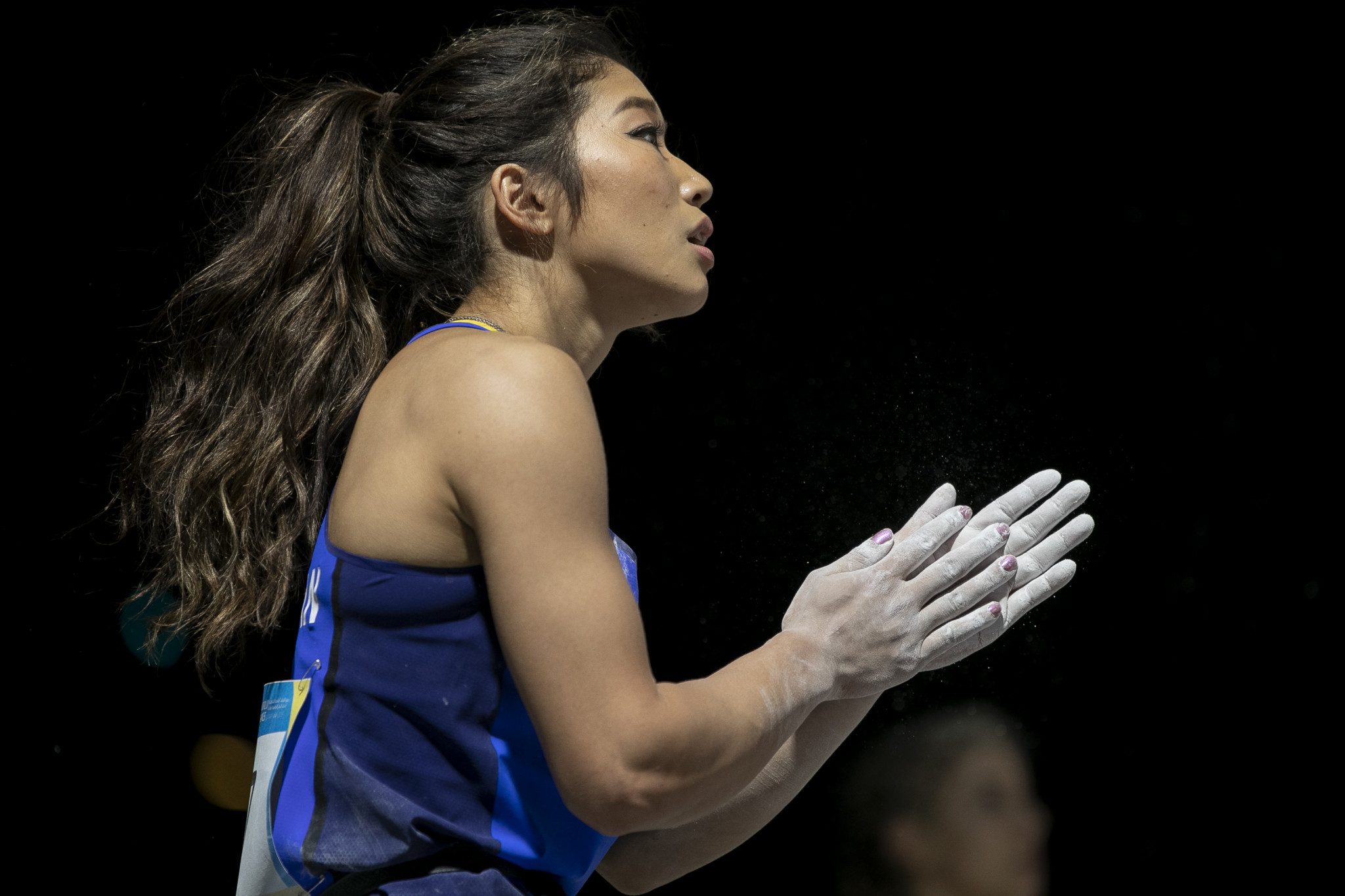 Nonaka came into the competition as one of the favourites, with the 22-year-old having won the Bouldering World Cup in 2018.

She lived up to expectations in the women’s semi-finals by being the first athlete to reach the number four obstacle at the Aspire Complex.

“It was really hard to climb,” Nonaka said.

“Because of the humidity I could not get a good grip.

Japan could have further success in the men’s event with Kai Harada having led the men’s semi-finals.

He was followed by Arthur Ternant of France and compatriot Keita Watabe.

The final group matches in the beach handball competitions took place, with teams battling for sport in the last eight.

Denmark won Group A in the men’s competition with a 100 per cent record after five fixtures, which earned them a quarter-final meeting with Spain.

A European finalist is assured with Sweden and Hungary facing the winners of that tie in the semi-finals.

The other side of the draw will see hosts Qatar will take on Australia, with the victor either taking on world champions Brazil or Croatia.

Brazil will expect to feature in the women’s medal matches after winning their group, with Poland their quarter-final opponents.

Denmark or Spain lie in wait for the winners, while the other quarter-finals will see Greece face Hungary and Argentina take on Vietnam.

Italian twins Alice and Chiara Virag were among the four automatic qualifiers for the women's wakeboard final after heats at Leqtaifiya Lagoon.

Sanne Meijer of The Netherlands scored 69.44 to win heat one, with Alice registering 68.67 to finish second.

The finals will take place tomorrow.