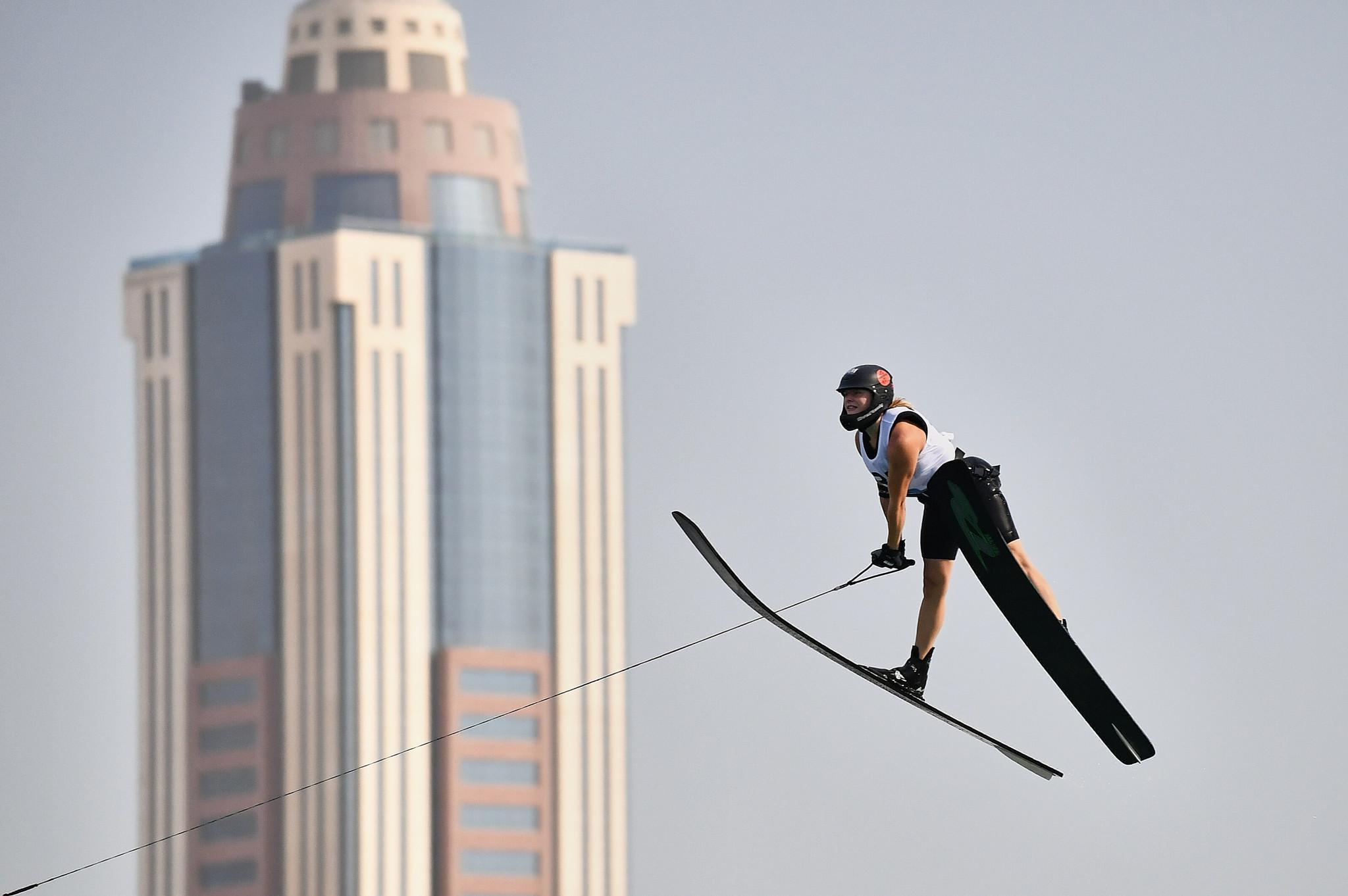 Aliaksandra Danisheuskaya of Belarus moved up from last to first to claim water ski jump gold in the Association of National Olympic Committees (ANOC) World Beach Games at the Leqtafiya Lagoon with her second run distance of 49.5 metres.

"It’s surreal, I mean, all these girls had really close scores so it was hard to wait because I didn’t have a big score to beat, but I’m obviously super happy, I don’t think I’ve even realised it yet," she said.

Danisheuskaya overtook leader Jutta Menestrina of Finland, who was consistent throughout but recorded 49.3m and was eventually relieved to hang on to silver.

"I thought I was not going to get a medal, but having the silver is even better than bronze."

This year's World Championships silver medallist Hannah Straltsova produced 49.0m on her final run to take a bronze medal and cap a memorable competition for Belarus.

"I had a great season," Straltsova said.

"I ended up with two silver medals at Worlds.

"Everywhere I went I got medals.

"Next season I want to try to go to all the pro tournaments and win them."

In the men’s competition, veteran Vladimir Ryanzin of Russia won ANOC World Beach Games gold at the age of 44.

His gold medal winning jump of 59.9m came on the second of his three runs.

Stephan Shpak of Belarus moved into silver medal position after the second round with 59.2m but could not improve on the distance in the third round.

Emile Ritter of Chile had been the early pace setter with 59.1m but he could only equal the distance in his final run and was forced to settle for bronze.