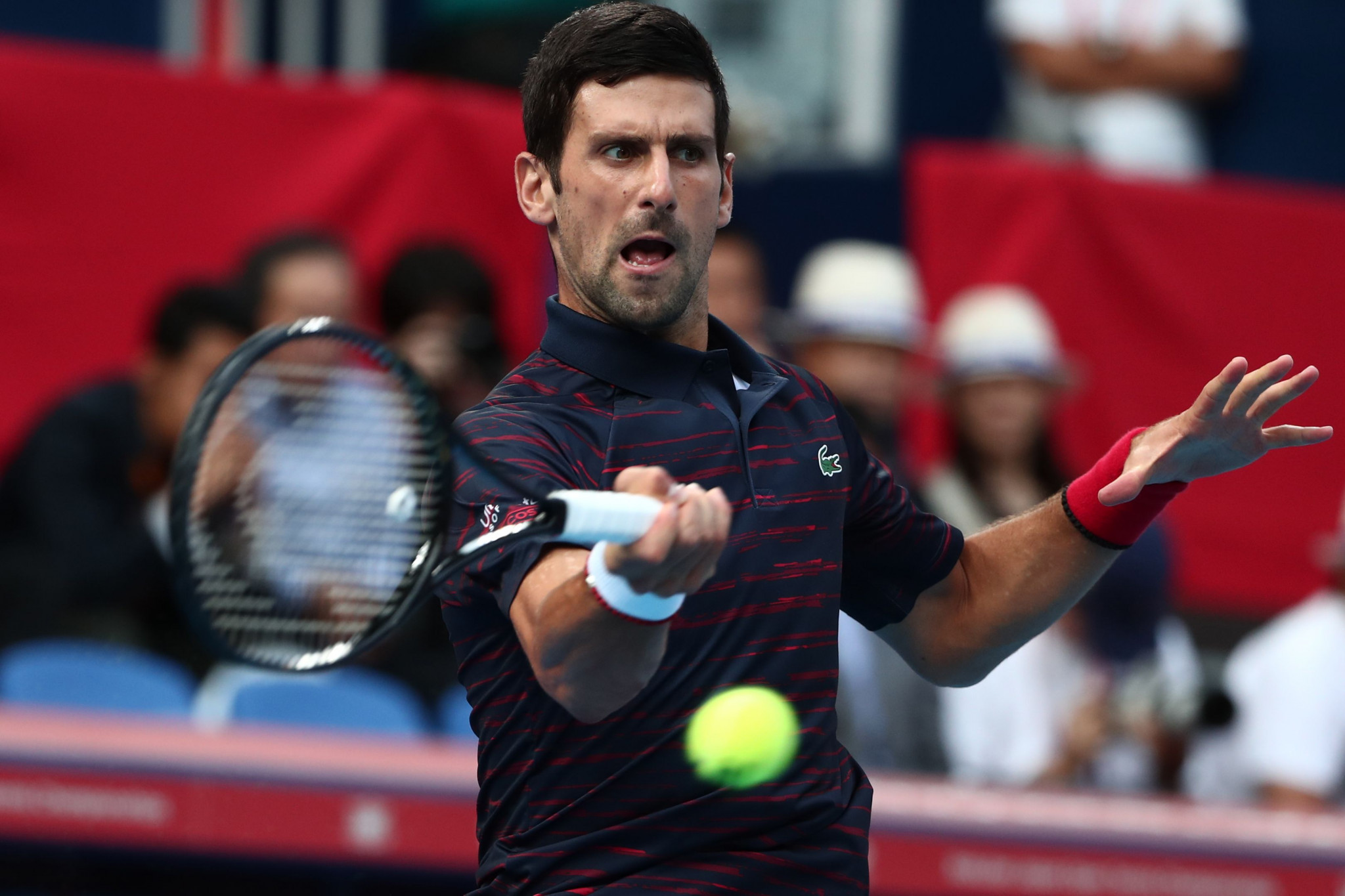 Novak Djokovic has stressed the importance of scheduling for the tennis tournaments at Tokyo 2020 as concerns over heat in the Japanese capital continue to dominate the preparations for the Olympic Games.

Djokovic won the Rakuten Japan Open in Tokyo yesterday and called on the International Tennis Federation (ITF) to ensure they find the right competition schedule to counter the high temperatures that are expected.

"I just hope that the ITF will manage to find the right schedule," the Serbian said.

"There will be a lot of matches, a lot of players: men, women, doubles, mixed doubles.

"All of that needs to be played within less than 10 days or so.

"It's quite a challenge for the organisation to come up with the right schedule, I guess, where you avoid the biggest heat, but how can you really do it?

Djokovic won 6-3, 6-2 against Australian John Millman at the Association of Tennis Professionals 500 Tour event at Ariake Coliseum in Tokyo.

Concerns over the heat at Tokyo 2020 have grown in recent months after more than 50 people died in the city in July following temperatures of 40 degrees.

In 2018, 95,137 people were admitted to hospital suffering from heatstroke between May and September.

The Liberal Democratic Party in Japan announced in August it will create a heatstroke prevention study to help the country prepare for Tokyo 2020 and attempt to mitigate weather concerns.

"Some matches have to be played at 1pm, 2pm, 3pm," added Djokovic, who lost to Argentina's eventual silver medallist Juan Martin Del Potro in the first round at Rio 2016.

"With heat, it is going to be very, very tough for players and for fans for anybody who is in the stadium."

Djokovic, who claimed singles bronze at Beijing 2008, revealed he will head straight to Tokyo after Wimbledon next July to acclimatise to the weather conditions, with just two weeks between the tournaments.

"When you add Olympic Games to the already congested season, it's quite challenging," Djokovic said.

"I am planning to be here and play.

"I will try to stay healthy, fit and come here obviously.

"I will definitely try everything that I possibly can to prepare myself."