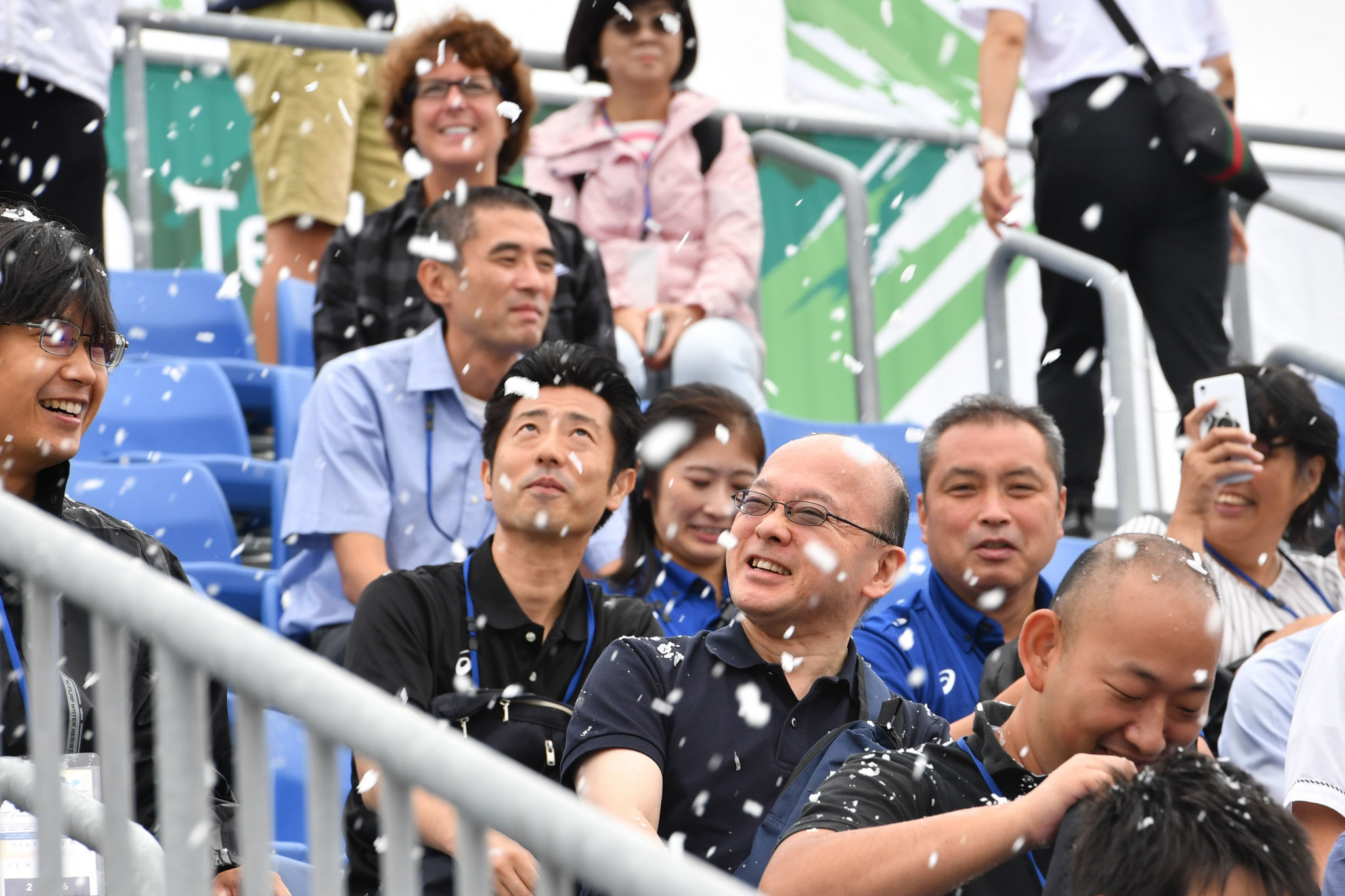 Artificial snow was sprayed on volunteers attending the Tokyo 2020 canoe sprint test event, as part of measures designed to combat the high temperatures expected during next year's Olympic Games.

The snow-making machines doused those at the Sea Forest Waterway venue with slush and shaved ice in an effort to keep them cool.

According to reports, around 300 kilograms of the artificial snow fell on the volunteers.

"It isn’t going to lower the air temperature, but hopefully the ice will make the people it hits feel cooler," Taka Okamura, a senior director at the Tokyo 2020 Organising Committee, told Reuters.

Today's trial marked the first time the machines had been deployed at a Tokyo 2020 test event, as organisers consider whether to implement them at the Olympics and Paralympics.

It is one of the measures being trialled during the test event amid fears over extreme heat at the Games.

Reports suggested the first trial was not a complete success as the ice was said to be coarse, while the snowfall made venue conditions slippery.

Organisers tested misting sprays and air-conditioned tents at a beach volleyball event in Tokyo in July, while roads in the Japanese capital are to be painted with a special coating to suppress temperatures by as much as eight degrees celsius.

Athletes have also struggled in the weather at test events, including rowers with heatstroke at the World Junior Championships at the Sea Forest Waterway.

The triathlon test event was shortened because of humid conditions.

Concerns over the heat at Tokyo 2020 have grown in recent months after more than 50 people died in the city in July amid temperatures of 40 degrees celsius.

In 2018, 95,137 people were admitted to hospital suffering from heatstroke between May and September.

Last month, the Liberal Democratic Party in Japan announced it will create a heatstroke prevention study to help the country prepare for Tokyo 2020 and attempt to mitigate weather concerns.

Litvinchuk clocked 42.862sec to beat Linnea Stensils of Sweden, second in 43.340, while Teresa Portela of Spain was third.

Nevin Harrison of the United States was second in 50.665, while Poland's Dorota Borowska finished third in 51.361.