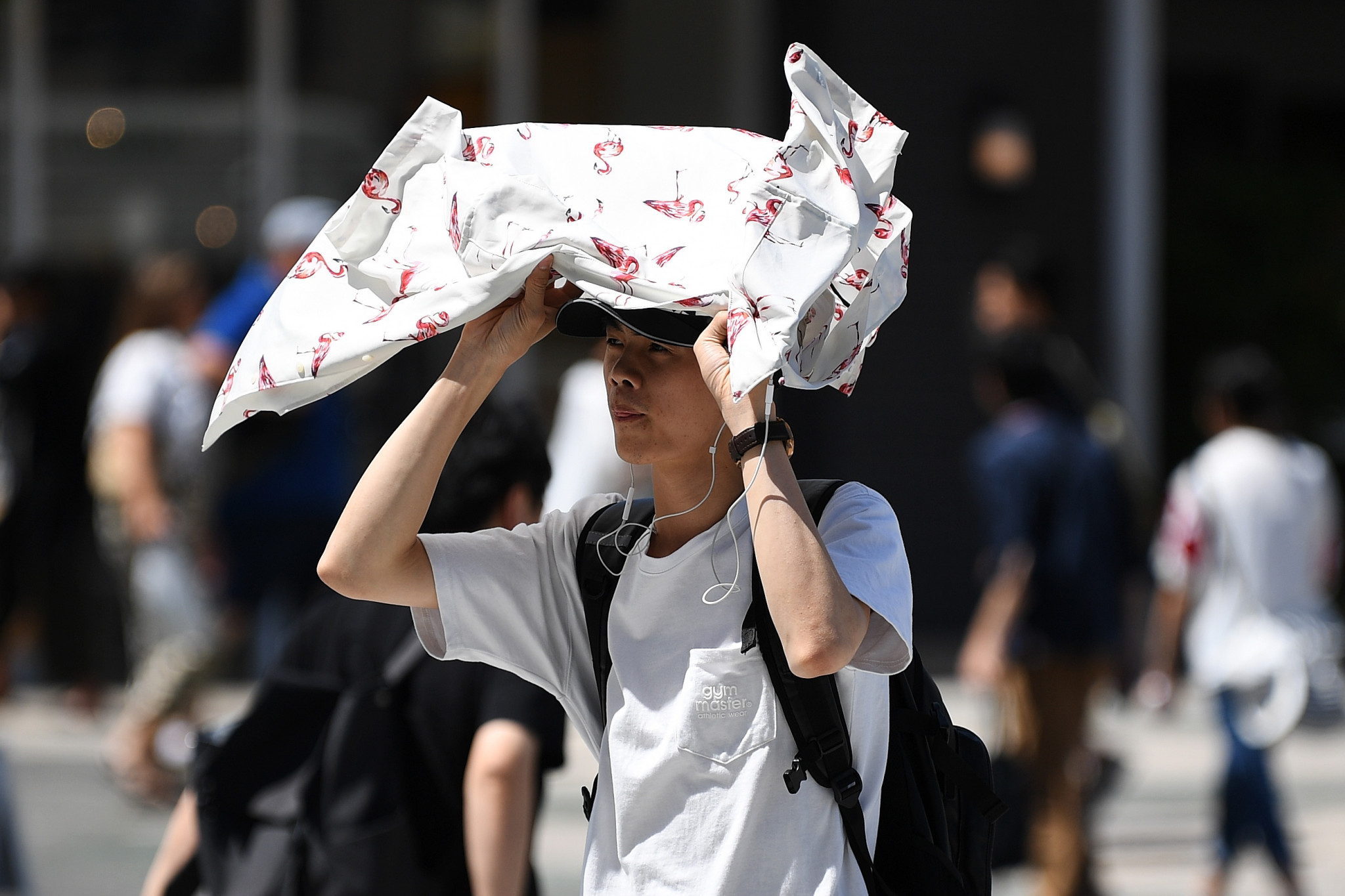 The Liberal Democratic Party (LDP) in Japan will create a heatstroke prevention study to help the country prepare for next year's Olympic and Paralympic Games as fears over extreme heat continue to overshadow preparations for Tokyo 2020.

Soaring temperatures in July resulted in 57 deaths, while 12,751 people were taken to hospital last week as temperatures approach 40 celsius, according to a report produced by the Environment Ministry and the Fire and Disaster Management Agency.

In 2018, 95,137 people were admitted to hospital suffering from heatstroke between May and September, the largest figure since the agency started a survey in 2008.

As concern grows in Japan for the impact on the Olympic Games – to be held between July 24 and August 9 – the LDP's study aims to help the 2020 Games run smoothly and without any major issues concerning athletes’ and visitors’ health.

Among the issues to be discussed are the likelihood of foreign visitors not being accustomed to Japan's hot and humid summer weather, how to protect athletes and spectators from extreme heat and providing heatstroke information to tourists.

The Japan Times reports that the LDP group will hold detailed talks with weather experts and officials from ministries and agencies concerned, including the Environment Ministry and the Fire and Disaster Management Agency.

The group, which is headed by former environment minister Yoshio Mochizuki, reportedly hopes such measures will be reflected in the Government budget for the fiscal year, which begins in April.

Yesterday, temperatures in Tainai in the Niigata Prefecture topped 40.7 celsius, the highest recorded across Japan this summer.

Test events in Tokyo in the last three weeks have seen athletes complain about water temperatures in open water swimming races, rowers suffering heatstroke at the World Junior Rowing Championships and a World Triathlon Olympic Qualifier being shortened because of the hot and humid conditions.

Tokyo 2020 has rescheduled the start times for the Olympic and Paralympic marathons after temperatures were recorded at 31 celsius at 6am in Tokyo.

A wave of countermeasures have also been introduced, including special coatings on the marathon routes which, it is claimed, are expected to suppress temperature rises by as much as eight celsius.

A Tokyo 2020 cooling project has also been launched which includes cool spaces at venues and spectators being allowed to take their own bottled water to events, something that has been prohibited at previous Olympic Games due to security and sponsorship concerns.