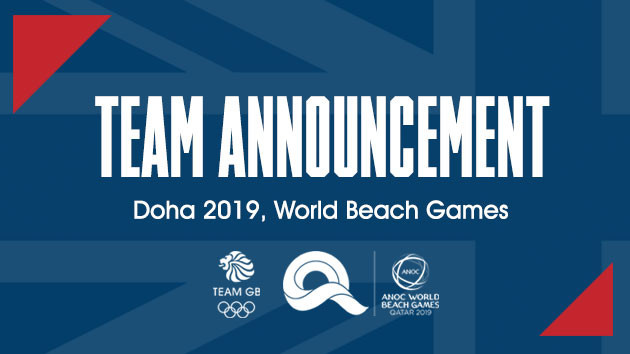 Great Britain have named their squad for the inaugural World Beach Games in Doha, including a mother and her two sons in kiteboarding, and 11-year-old skateboarding sensation Sky Brown.

A total of 21 athletes have been selected for the Association of National Olympic Committees event, competing across the sports of aquathlon, beach soccer, climbing, kiteboarding, skateboarding and water skiing.

Among them are kiteboarder Steph Bridge and her sons Olly and Guy.

"It feels amazing to be representing Team GB at the World Beach Games," said Olly Bridge.

"It's going to be the most prestigious event kiteboarding has had the opportunity to be at, so being chosen to compete is a great achievement and honour.

"My goal is to finish on the podium, but all the competitors will be the best the sport has to offer, the racing will be very tight and everyone there is capable of winning.

"It's just going to be very tight between all the other competitors, but I am looking forward to it.

"Competing at the World Beach Games will give me insight into what it's like to compete in a major competition similar to the Olympics, and hopefully I will gain experience from it."

"I'm really excited to be invited to the World Beach Games," she said.

"I was so stoked when Team GB asked if I wanted to compete for them.

"It will be awesome to skate with other girls from around the world in Doha – this is going to be so fun."

More than 1,200 athletes are expected in Qatar between October 12 and 16, with action split between the Katara and Al Gharafa venues.

The Games include a total of 14 disciplines across 13 sports.

Britain's Chef de Mission Caitlin McClatchey, an Olympic swimmer, said: "The inaugural World Beach Games is a fantastic opportunity for athletes to get their first taste of competing for Team GB at a multi-sport Games.

"We are excited to introduce Team GB fans to seven new sports, especially ahead of sport climbing and skateboarding's debut in Tokyo 2020.

"I look forward to working with the sports, and seeing our athletes in action out in Doha."

The full British squad can be viewed here.