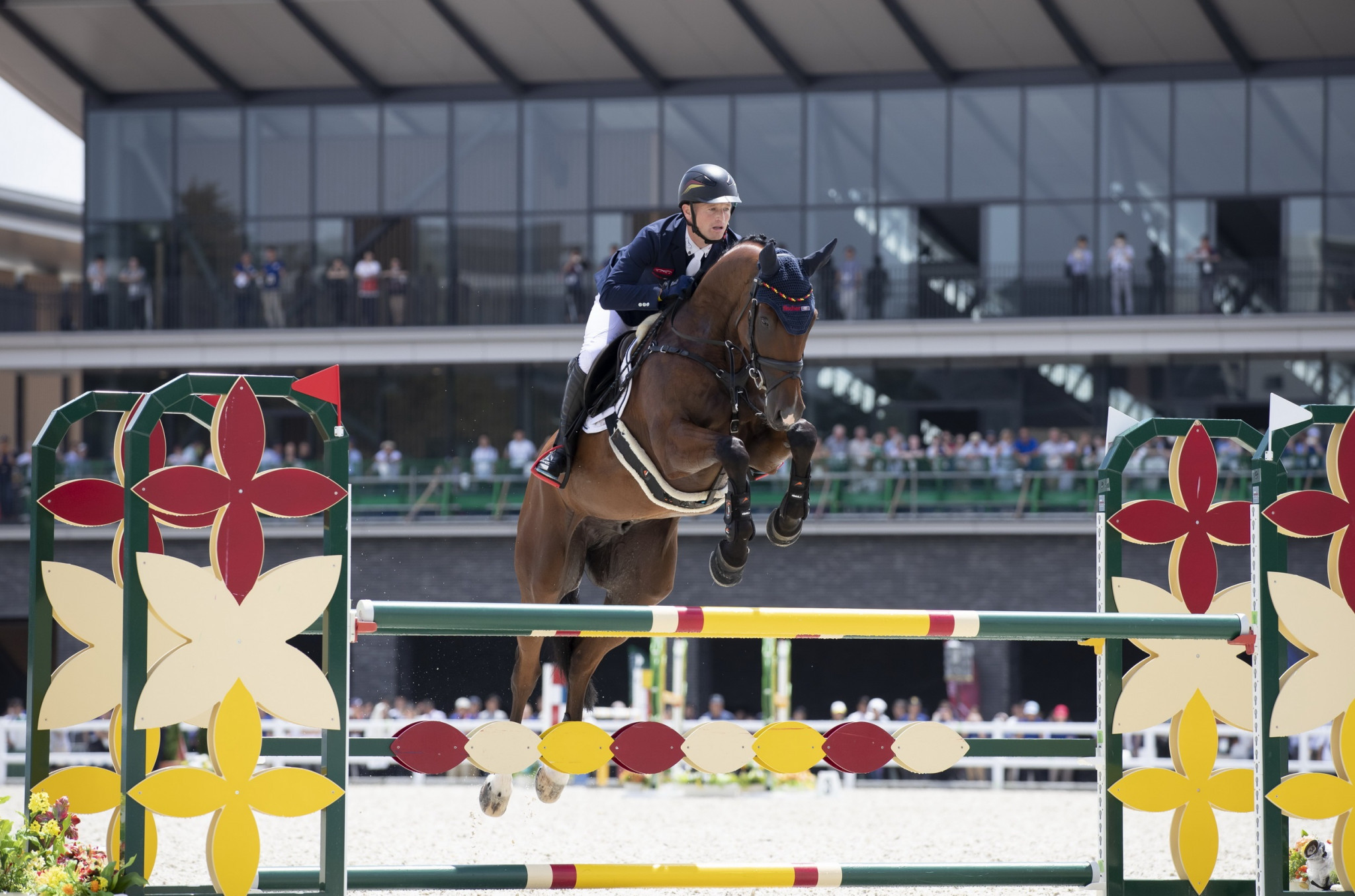 The 37-year-old, who has three gold medals and one silver from two Olympic appearances with the now retired La Biosthetique Sam FBW, shadowed the leaders from the outset, even though he was riding the youngest horse on the start list.

The mare had jumped impeccably around Derek Di Grazia’s Sea Forest cross-country course 24 hours earlier but became increasingly headstrong over the coloured poles and, when the middle element of the triple combination hit the sand to drop Hoy down the order to fifth, victory went to the German duo with 28.0 penalties.

Jung was quick to praise the facilities provided at the two venues, Equestrian Park and Sea Forest.

"For me it was very interesting to be here and nice to see how everything works, especially the cross country with the horses," he said.

"It is difficult but still possible and I think it’s really not a problem.

"For sure you need a very good preparation and you have to be very fit before you arrive here, the horses and the riders as well.

"I think it will be very nice next year if you see everything this year and we have one more year to prepare and to make some little details a bit better.

In mixed weather conditions which veered from heavy rain to hot sunshine, nine horses were foot-perfect over the 11-fence track today, with Japan’s Ryuzo Kitajima on Vick Du Grisors JRA and dressage leaders Oiwa and Bart L JRA among them.

The home pair moved up to claim podium spots with 28.2 and 30.1 penalties, respectively.

Second-placed Kitajima, a member of Japan’s gold medal-winning team at last year’s Asian Games in Jakarta, was delighted with the performance of his horse Vick Du Grisors JRA.

"It was hard work in the very hot weather, but my horse had a very good reaction in the cross country," he said.

"In the practice arena he was too fresh today, so I’m very happy with a double clear.

The International Equestrian Federation (FEI) claims the overwhelming impression from the 20 National Olympic and Paralympic Committees which competed was positive.

"The facilities are very impressive and we had the chance to test everything we needed to test, which was the purpose of this week’s test event," Sydney 2000 Olympic eventing champion David O’Connor, who chairs the FEI Eventing Committee, said.

"There are some adjustments to be made but they are minor ones as the Organising Committee has thought through all the details and is right on track to make 2020 a really great Olympic Games for equestrian sport."