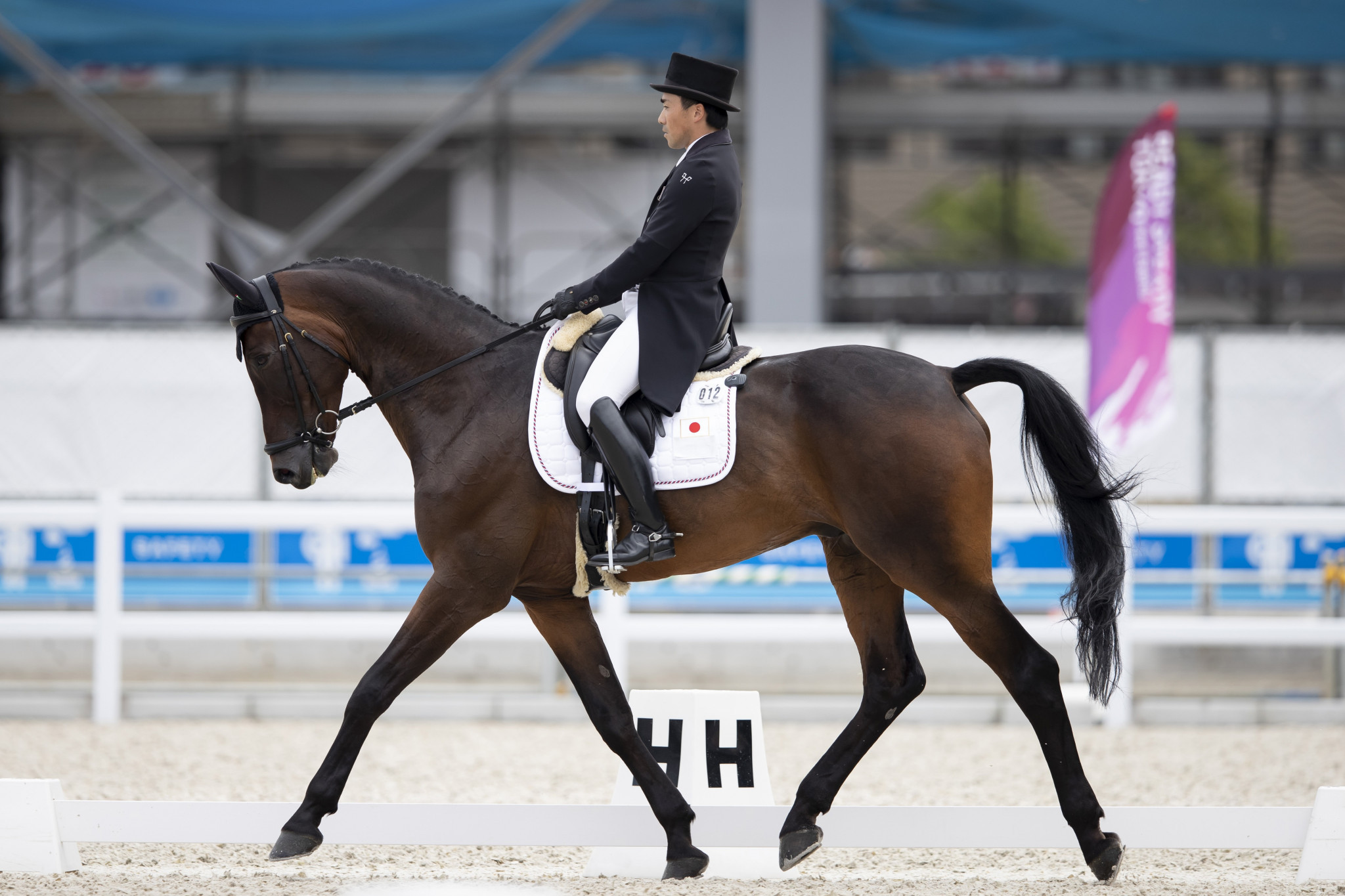 Japan’s Yoshiaki Oiwa has put down a strong marker for home side by taking the early lead after today’s dressage phase at the eventing test event for next year's Olympic Games in Tokyo.

The three-time Olympian, who claimed the individual and team gold medals at last year’s Asian Games in Indonesia’s capital Jakarta, earned top marks from all three judges to lead the field at Equestrian Park at Baji Koen.

The 43-year-old has been based in Europe for almost 20 years, but claimed his heart lies in Japan.

"So many people are supporting and helping me, but they’ve never seen what I’m doing, so this is a very, very good chance to show what I’m doing and what this sport is about.

"Hopefully we can do the best performance and all the Japanese people do their best and get medals."

The top five are all under 30 penalties, with Japan’s Ryuzo Kitajima and Vick Du Gisors JRA fourth on 28.2 and Germany’s Peter Thomsen with Horseware Nobleman fifth with 29.50.

Kuzuma Tomoto is another of the contingent flying the flag for Japan and sits in sixth with Tacoma d’Horset on 30.4, a single point but three places ahead of his trainer, British legend William Fox-Pitt with Summer At Fernhill.

GHS Calvaruise, the final horse into the arena and ridden by Japan's Kazuya Otomo, has now been withdrawn after placing last of the 17 starters on 40.8.

The rest of the horses have been transported to the stables at Sea Forest, where they will spend the night before tomorrow’s cross-country.

On Wednesday (August 14), action returns to the new facilities at Baji Koen, site of the equestrian events at the Tokyo 1964 Olympics, for the final jumping phase.