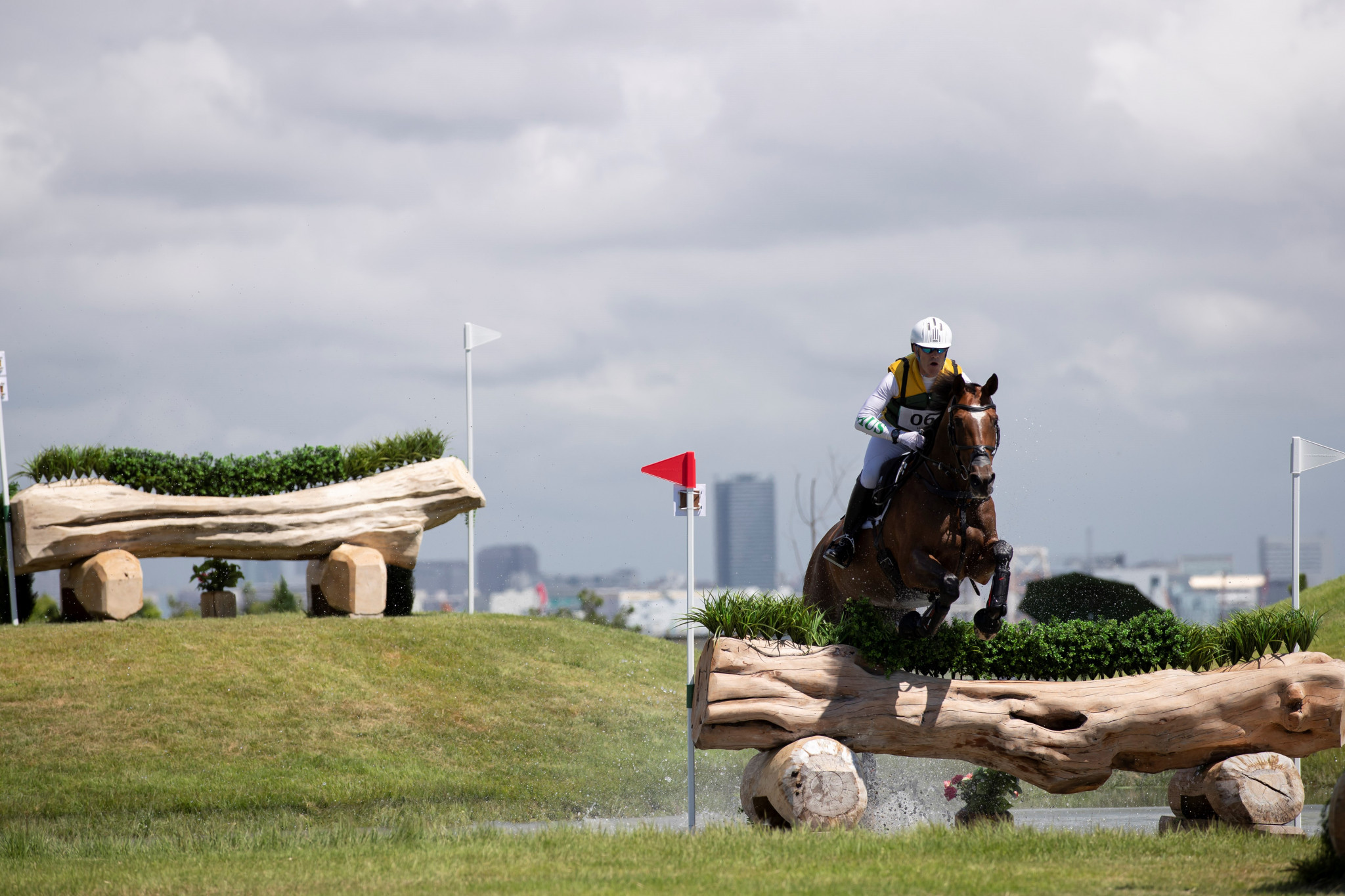 Sixth out onto Derek Di Grazia’s 20-fence course at Sea Forest overlooking the heart of Tokyo Bay, the seven-time Olympian and the eight-year-old Selle Français mare flew across the finish line with seven seconds to spare to take the early lead on a score of 27.7 penalties.

The International Equestrian Federation (FEI) claims rising heat and humidity provide a perfect environment to test the on-site cooling facilities for the equine and human competitors.

"It’s a very nice position to be in and if I win I’m very happy for this year, but it’s next year I want to win," Hoy said.

"My horse galloped very well and her heart rate and temperature were very good when I arrived.

"The cooling facilities here at the venue were absolutely excellent.

"As an Olympic venue it’s ready one year before because the ground is excellent and the construction of the cross-country fences is very good, but next year will be very different fences."

As the Australian combination were lying second after the dressage phase, only overnight leaders Yoshiaki Oiwa and Bart L JRA could challenge them.

But the Japanese rider was 14 seconds down on the clock to collect 5.6 time faults and drop to fourth on 30.1 penalties.

They also finished clear over the fences and on the clock to move up to second place on 28.0 penalties.

"It was hot but it wasn’t really a big problem," Jung said.

"This is really fantastic here."

Another pair for the host nation Japan, Ryuzo Kitajima and Vick Du Gisors, were almost bang on the optimum time of 5min 30sec to move up from fourth after the dressage to third, ahead of Oiwa and Bart L JRA, on 28.2 penalties.

Compatriot Kazuma Tomoto is fractionally behind in fifth on Tacoma d'Horset with 30.4 penalties.

Great Britain’s Georgie Spence and Halltown Harley round out the top six with 30.6 penalties and there is less than a fence between them and the leaders.

Seven of the 16 starters remain on their dressage marks, while eight others collected just time faults.

The only combination to pick-up jumping penalties were cross-country pathfinders Kazuya Otomo and Condorcet, who had a run-out at the second element of the angled rails double at fence 10 to drop one place to 16th.

Tomorrow, action returns to the new facilities at Baji Koen, site of the equestrian events at the Tokyo 1964 Olympics, for the final jumping phase.

"All the horses recovered really well after the cross country, despite the challenging conditions, and they are all now back home in their air-conditioned stables at Baji Koen resting ready for tomorrow’s jumping," Goran Akerström, the FEI's veterinary director, said.