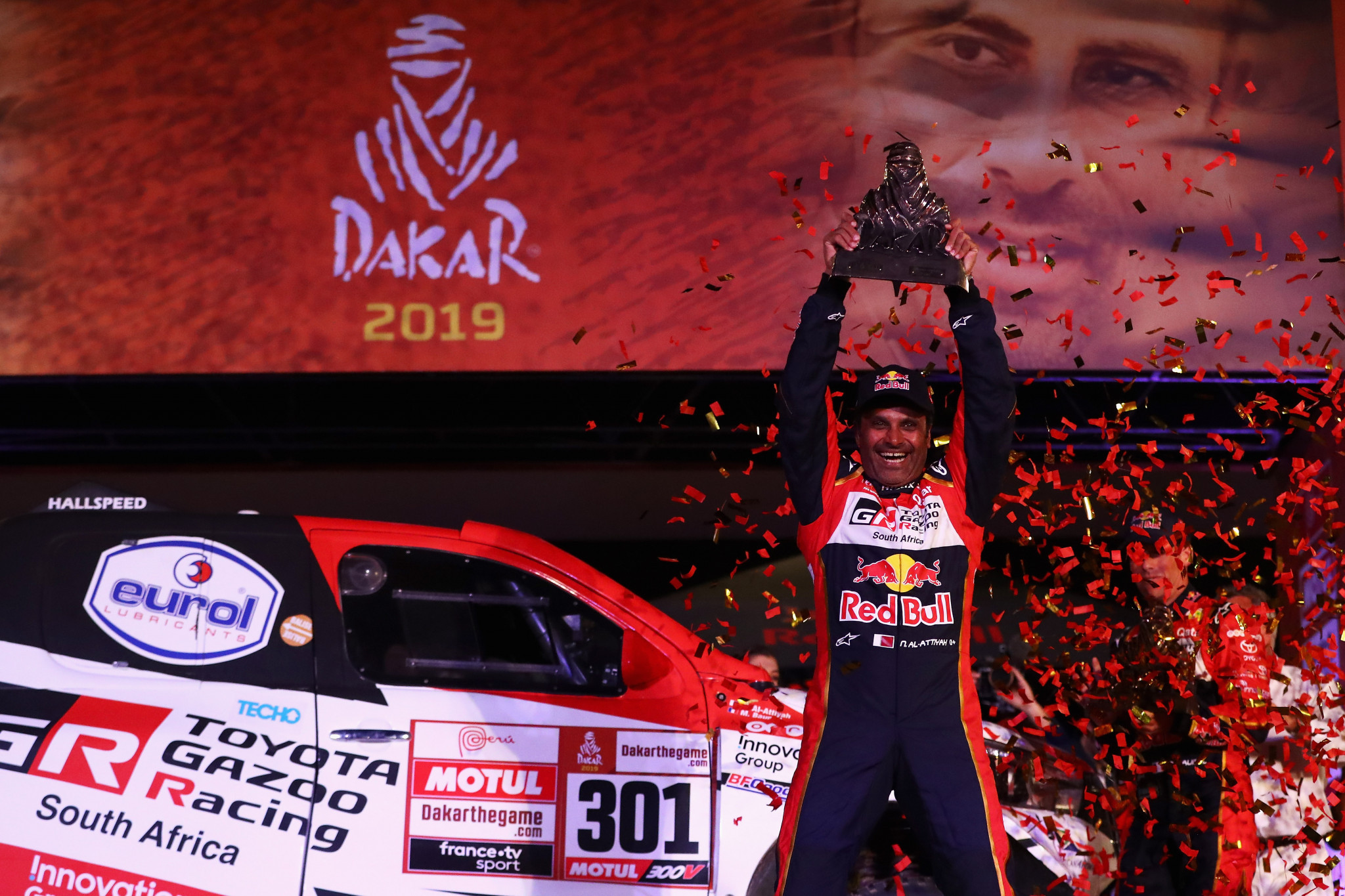 Qatari sporting star Nasser Al-Attiyah, the rally driver and shooter, has targeted competing at both the Dakar Rally and a seventh Olympic Games at Tokyo next year.

Al-Attiyah won the Dakar Rally for the third time in January, the 48-year-old triumphing with France’s Matthieu Baumel.

The victory in Peru added to successes at both the 2011 and 2015 editions of the annual off-road endurance event.

“We have won this race and now we turn our attention to the next stage,” he said, according to wheels24.

“It's my dream to participate in a seventh Olympics.

“It will be tough.

“I will start my preparation for the Olympic Games and will come back to defend our Dakar title."

Next year’s Dakar Rally will take place in Saudi Arabia, with the event running from January 2 to 17.

Al-Attiyah then hopes to compete at the Tokyo 2020 Olympics, which will take place from July 24 to August 9.

He has competed at sixth straight editions of the Games, with his debut coming at the Atlanta 1996 Olympic Games when he ended 15th in the men’s skeet shooting event.

The Qatari shooter placed sixth at Sydney 2000, before narrowly missed out on a medal at the Athens 2004 when he ended fourth.

After a 15th place at Beijing 2008, Al-Attiyah secured a podium finish at the London 2012 Olympic Games.

He clinched a bronze medal in a shoot-off against Russia’s Valeriy Shomin.

Al-Attiyah was unable to repeat the feat at Rio 2016, when he placed 31st.

He is one of only four Qatari athletes to win medals at the Olympic Games.