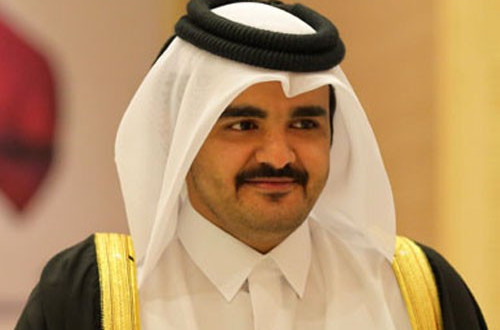 Sheikh Joaan bin Hamad Al Thani has been elected President of the Qatar Olympic Committee (QOC) until the end of 2016, it has been decided at the body's annual General Assembly, while Thani Abdulrahman Al Kuwari will serve as the new secretary general.

The official orchestrated preparations for the World Handball Championships held in Doha earlier this year, and, as well as much prior experience in sports management, has also been heavily involved in equestrian sport.

He will replace Sheikh Sheikh Saoud bin Abdul Rahman Al Thani, although no information has yet been given on what role Sheikh Saoud, a key figure associated with the success of Qatari sport in recent years, will continue to play.

insidethegames has contacted the QOC for more clarification regarding the impact of the changes.

As well as hosting almost 90 major sporting events in the nation this year, preparations for next year's Olympic Games in Rio will also be key for the new officials, with Qatar hoping to gain more medals than the two bronzes won by skeet shooter Nasser Al-Attiyah and high jumper Mutaz Essa Barshim at London 2012.