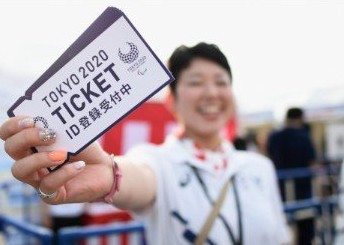 Foreign ticket sales for next year's Olympic Games in Tokyo are set to be launched on or after June 14 - several weeks after they will be available to the public in Japan.

The new ticketing timeline was revealed during a presentation by Tokyo 2020 to delegates at the 38th Olympic Council of Asia General Assembly here today.

Tickets are expected to go on sale to the public in Japan at the end of April to coincide with the "Golden Week" holiday period.

The "Golden Week" features four holidays and this year will take place over a longer period than normal from April 27 to May 6.

The period will include one-off holidays due to the Imperial succession, with Japan's Emperor Akihito due to be succeeded by his heir Crown Prince Naruhito on May 1.

Only Japanese residents will be able to purchase the domestic tickets.

June 14 for the launch of the international ticket sales would be significant because that is the date a new law prohibiting ticket scalping, introduced for Tokyo 2020, officially comes into force.

The amount of tickets that will be allocated to each country is due to be communicated to authorised ticket resellers next month.