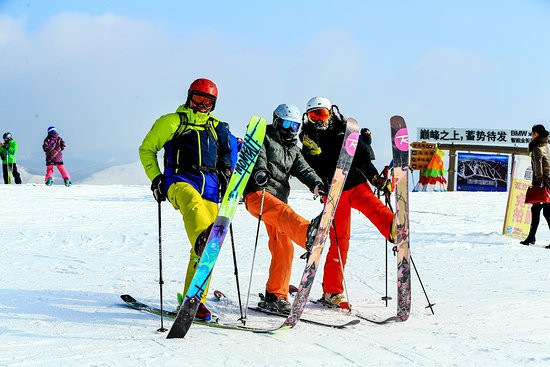 A total of 197 million people took part in winter tourism from November 2017 to March 2018, according to an annual report released by the China Tourism Academy.

Winter tourism has been booming in China since Beijing won its bid in 2015 to host the 2022 Winter Olympic and Paralympic Games.

The cost associated with winter tourism has been decreasing while the public shows increasing interest in participating, said Han Yuanjun, editor-in-chief of the report.

Winter tourism generated about 330 billion yuan (£37 billion/49 billion/€43 billion), up 22 per cent year-on-year, according to a report released by the data centre of the Ministry of Culture and Tourism.

The report estimates that the number of tourists will reach 340 million in the 2021-2022 winter season and winter tourism revenue will reach 680 billion yuan (£78 billion/$101 billion/€89 billion) in the same period.

The Chinese Government had set a target of getting 300 million Chinese involved in winter sports as part of their successful bid for Beijing 2022.

Winter tourism is expected to spur the growth output of the country's ice and snow industry, including ice and snow towns, creative arts, winter sports, resorts and conventions to hit a 3 trillion yuan (£342 billion/$444 billion/€392 billion) mark by 2022.

Rich in ice and snow resources in both quantity and quality during its long winter, the country's Northeast and Northern provincial regions such as Jilin, Heilongjiang, and Hebei, as well as the autonomous regions of Inner Mongolia and Xinjiang, are becoming major growth centres.

New airports, railways, and other facilities have been built to make them more accessible to visitors.

According to a five-year tourism plan for the period up to the end of 2020, released by China's State Council, winter sports tourism has been listed as an important part of the country's ambitions to raise tourism revenues to 7 trillion yuan (£800 billion/$1 trillion/€915 billion) by 2020.

According to official statistics, as of October 2018, more than 800 ski facilities had been built.

"We made a commitment to bring 300 million people into the fold of winter sports in our bid for the 2022 Winter Olympics," she told China's official state news agency Xinhua.

"We are now on the right path, but the task will take patience, hard work and require the whole society to collaborate."

Wu Bin, general manager of Beijing Carving Ski Equipment, claimed that a lot of international companies have come to China because of the 2022 Olympics.

"And many brands in ski and snowboarding come to set up offices or to find distributors in China."