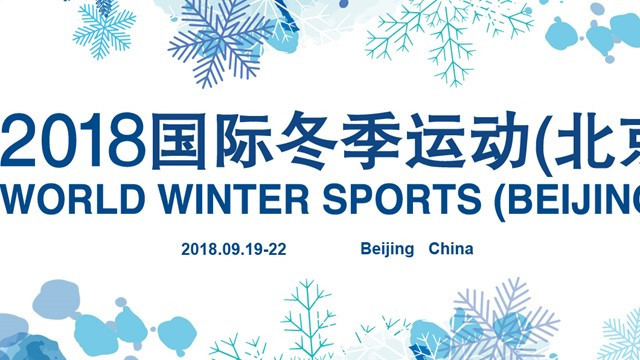 The event, which was the third edition of the World Winter Sports Expo, took place following the International Olympic Committee’s (IOC) Coordination Commission visit to the city to assess preparations for the 2022 Games.

It was hoped the event, which was also attended by IOC representatives and was co-sponsored by the Beijing Olympic City Development Centre and IDG China World Expo Ltd, would engage 300 million people in winter sports.

Themed "The Power of Ice and Snow", the event covered a wide spectrum of sectors across winter sports, including the ice and snow industry, tourism and leisure and youth training.

The event reportedly attracted over 500 Chinese and foreign brands as well as nearly 24,000 specialist agency representatives.

The total number of visitors is expected to exceed 150,000.

In a speech given during the event, Kasper said he felt the event showed the maturity of China's winter sports market.

Lewis took part in a panel discussion about the power of snow and ice and advised the organisers about the legacy opportunities for the 2022 Olympic venues.

“We can use sustainable methods to build and use ski resorts, so that natural and human resources can be fully utilised," she said.

"For example, the ski resorts could also be used as mountain bike venues in summer.

"We know that 80 per cent of China's skiers are beginners, for whom safety is paramount.

"They should enjoy winter sports without fear.

"Therefore, relevant qualified instructors and teachers who have safety in mind is important."

Beijing 2022 gave a presentation on their progress during the event for the third consecutive year.

The talk showed visitors the progress being made in areas including stadium planning and the distribution of venues, while giving people the chance to find out more about the sports to be held at the Games.