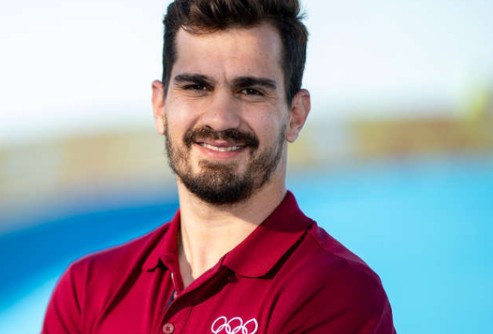 Colombia's multiple world champion roller speed skater Andres Felipe Muñoz has revealed that he plans to continue competing in the hope that his sport's appearance in the Summer Youth Olympic Games here will help it earn a place at Paris 2024.

The 24-time world champion is at Paseo de la Costa in Argentinia's capital to follow Buenos Aires 2018 as one of the selected athletes in the International Olympic Committee's (IOC) Athlete Role Model programme.

"I think [being included in the Youth Olympic Games programme] is the biggest real step going into the Olympics," he said.

"Those young kids are really enjoying this opportunity and they're working really hard to become Olympians and to see also their dream come true - being in Paris."

If the sport does get included on the programme for Paris 2024, then Muñoz will be 36.

"We are working for that," he said.

"We really want to show our sport the way it is.

"It's fast, with contact, we've got emotion and you see the effort from each skater.

"It's the whole life going into the track.

"If it could be true, for sure I will wait [before retiring from the sport]."

A decision on which sports will be added to the programme for Paris 2024 is due to be announced by the IOC next year.

"I will wait, because we [Colombia] have become world champions [in Arnhem in The Netherlands in July] but we feel that one step is left," Muñoz said.

"It would be amazing."

Muñoz was joined on Sunday (October 7) by IOC President Thomas Bach when the first medal in the sport was won, appropriately, by Colombia's Gabriela Isabel Rueda Rueda.

She won the women's combined 1,000m sprint, leaving Munoz wondering what it would have been like if roller sports was already part of the Olympic programme.

"I think I would have won maybe two or three [Olympic medals]," he said.

"It would've been amazing.

"It's frustrating, but it's not time to think about the past.

"We need to think about the present and the bright future that we have.