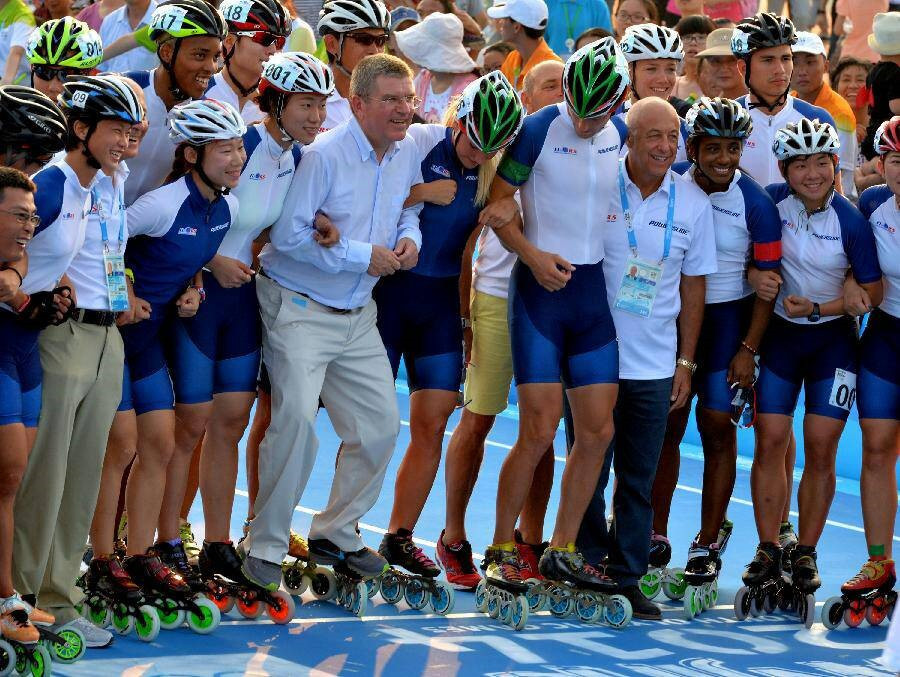 Roller sports has been added to the programme for the 2018 Summer Youth Olympic Games in Buenos Aires, the International Olympic Committee (IOC) have confirmed.

Competition will take place in the roller speed discipline in Argentina's capital, with 500 metres, 1,000m and 5,000m races all taking place.

Twenty-four athletes will take part - 12 men and 12 women - to ensure full gender equality at the Games.

Roller speed has never been contested at any version of the Olympic Games, but did feature at the "Sports Lab" at the Youth Olympic Games in Nanjing in 2014.

This concept allowed sports to be demonstrated to the public in the Chinese city.

With skateboarding accepted to make its debut at the Tokyo 2020 Olympic Games, it means that roller sports are starting to make their mark.

"It is the result of years of hard work to demonstrate how serious our Federation is and how much roller sports deserve to be part of the Olympics," said International Roller Sports Federation (FIRS) President Sabatino Aracu, whose governing body will organise the Buenos Aires competitions.

"That's also a recognition of the great job we have done in creating a strong legacy with Nanjing after Sports Lab 2014."

Aracu was re-elected unopposed as FIRS President earlier this month.

An IOC statement added: "Roller speed is a completely new event on the Olympic programme at Buenos Aires 2018 and fits with local youth appeal and culture."

The addition of the sport means that 32 will be contested in all next year.

Last week, it was announced that dates for the Games had been changed in order to incorporate two weekends.

Action will now take place from October 6 to 18, instead of September 30 until October 12.