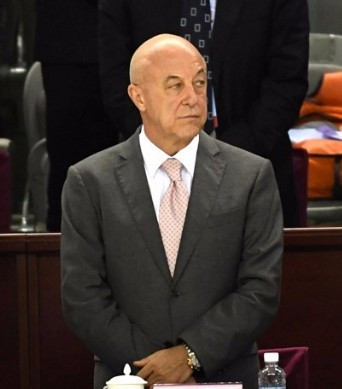 World Skate President Sabatino Aracu has claimed the organisation's name change from the International Roller Sports Federation (FIRS) "officially enshrines the new path" the sport will take in the future.

A name change from the FIRS to World Skate was officially approved at a Congress in Nanjing earlier this month, prior to the World Roller Games in the Chinese city.

Speaking in an open letter, the Italian paid tribute to the recent achievements of the organisation and looked forward to the future under its new name.

"During these years our Federation has undergone a change of epic proportions and the World Roller Games are just the tip of the iceberg of this transformation," wrote Aracu.

"Until last year we were fighting to become an Olympic Federation and now we have two disciplines in the Olympic programme.

"The change of our denomination to World Skate, approved by the FIRS Congress, officially enshrines the new path that our family will 'skate' in the next years.

"The passion for skating sports that bind us together is our strength."

Following the conclusion of competition in Nanjing, Colombia finished top of the medals table after amassing 45 in total including 23 golds, 12 silvers and 10 bronzes.

Italy finished in second place on 76 overall, but only 20 golds, while France completed the top three on 24 in total, including 11 titles.

Aracu hailed the Organising Committee and confirmed the event's place in the sport's history.

"This long awaited first edition of the World Roller Games has come to an end and I would like to share with you my impressions on this experience that will surely leave its mark on our roller history," he added.

"Nanjing has accepted the challenge of staging a multi-sport event with 65 nations and seven venues, assigning more than 100 world titles for 10 different disciplines and television coverage for over 300 hours.

"These numbers alone indicate the magnitude of this event that we were able to organise with your help."