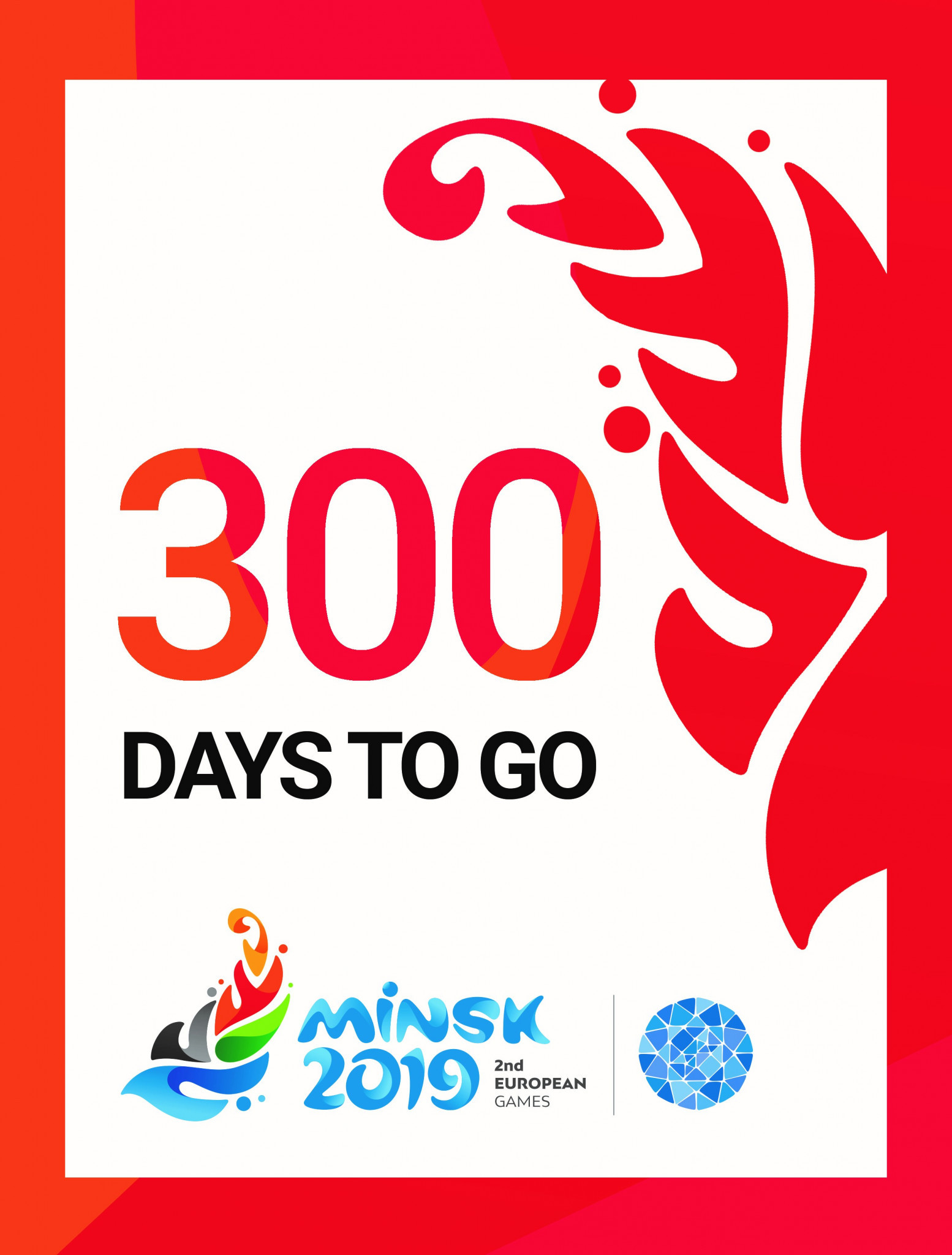 European Games executive director Simon Clegg has said he has "full confidence" that Minsk will host a successful second edition of the event next year.

Clegg made his comments with today marking 300 days until the Opening Ceremony in the Belarus capital.

In total, 4,082 athletes from all 50 European National Olympic Committees are set to compete in Minsk in 15 sports.

This will include athletics but with a twist - as disciplines including sled run, shot put toss, standing long jump, water jump and medicine ball run come in to replace more traditional track and field.

A Minsk 2019 press release today said the city was "ready, willing and able" to welcome Europe.

But despite these positive noises the Games will take place amid criticism of the human rights record in Belarus.

Alfons Hörmann, the President of the German Olympic Sports Confederation, even said a boycott was possible following the recent arrests of journalists.

"The European Olympic Committees (EOC) and the organisers of the European Games 2019 are working with the European Federations to create an innovative and interesting sport programme that will add value for everyone who competes in Minsk," said Clegg.

"We have full confidence in Minsk to host an exceptional Games in 2019."

Test events have already been held in judo and beach soccer with the latter's venue the only one needing to be constructed from scratch for the Games.

The action is scheduled to take place between June 21 and 30 next year with ten of the 15 sports offering qualification spots for the Tokyo 2020 Olympics.

The European Games will also count as the official European Championships for four sports with 91 men's events, 89 women's events and 21 mixed events due to take place in all.

All 12 sporting venues will be located within a maximum 30 minutes' drive from the Athletes' Village.

"We highly appreciate all the interest and support we have received from our stakeholders and we're looking forward to welcoming the best European athletes and passionate fans next June."

Spyros Capralos, the EOC's chairman of the Coordination Commission for Minsk 2019, added: "In 2019, the European Games will again act as a qualification event for a number of sports for the subsequent Olympic Games, this time at Tokyo 2020.

"We are therefore expecting all of our European NOCs to take part, and we trust that Minsk will provide all the athletes with the best conditions to perform well in preparation for Tokyo.

"We have seen during the first edition of this event in Baku in 2015 the value of this event, and we expect Minsk will again exceed expectations."