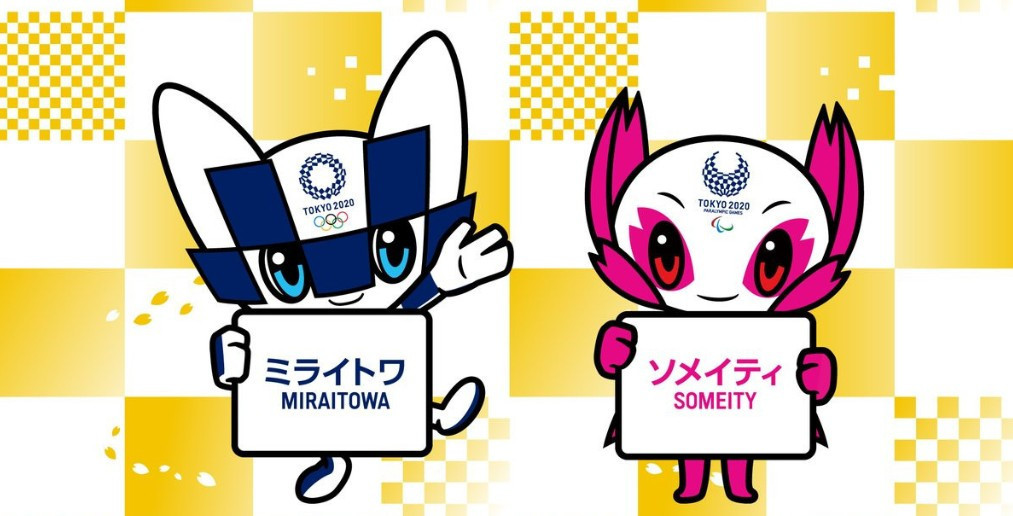 Miraitowa and Someity have been unveiled as the names of the Tokyo 2020 Olympic and Paralympic Games mascots respectively as the two characters made their official debut at a launch event today.

The mascots, chosen by a vote of schoolchildren across Japan, were announced to the world in February but had not been named until the ceremony at the Tokyo Midtown Hibiya complex.

“Miraitowa” combines the Japanese words for future and eternity, while “Someity” takes its name from the “someiyoshino” cherry blossom variety, which Tokyo 2020 say resonates with “so mighty” in English.

"I think a very worthy name has been picked not only for Tokyo but for Japan as well as the Olympics and Paralympics," Koike said at the ceremony.

Hundreds of people attended the launch event, where the mascots "teleported" from Hibiya to Asakusa, the centre of
old Tokyo.

They were then seen on a boat cruised down the Sumida River, waving to fans and children who had lined the route.

The blue and white checked Olympic mascot is a character which “embodies both old tradition and new innovation”, according to its profile.

Miraitowa is described as having a strong sense of justice and being very athletic, while it also has the ability to move anywhere "instantly".

Someity, adorned with a pink checked pattern, is a "cool character with cherry blossom tactile sensors and super powers".

The mascots, designed by Ryo Taniguchi, are said to be "very good friends".

Tokyo 2020 are hoping their design will appeal to schoolchildren in a country famed for its adoration of mascots.

"You are part of the Olympics as well,” Mori told the children who attended the event.

"You chose these two characters.

"We had roughly five million students who chose these so the Olympics belongs to everyone, not just the athletes, everyone.

“We are hoping everyone will unite as one and we hope to achieve a great success and to do so we will need everyone’s cooperation.

A mascot house was also inaugurated to coincide with the launch event.

It will allow spectators and fans to take pictures with the two characters and will also sell the range of merchandise which depicts the Miraitowa and Someity characters.

The announcement comes as Tokyo 2020 prepares to celebrate two years to go until the Olympics open on Tuesday (July 24).