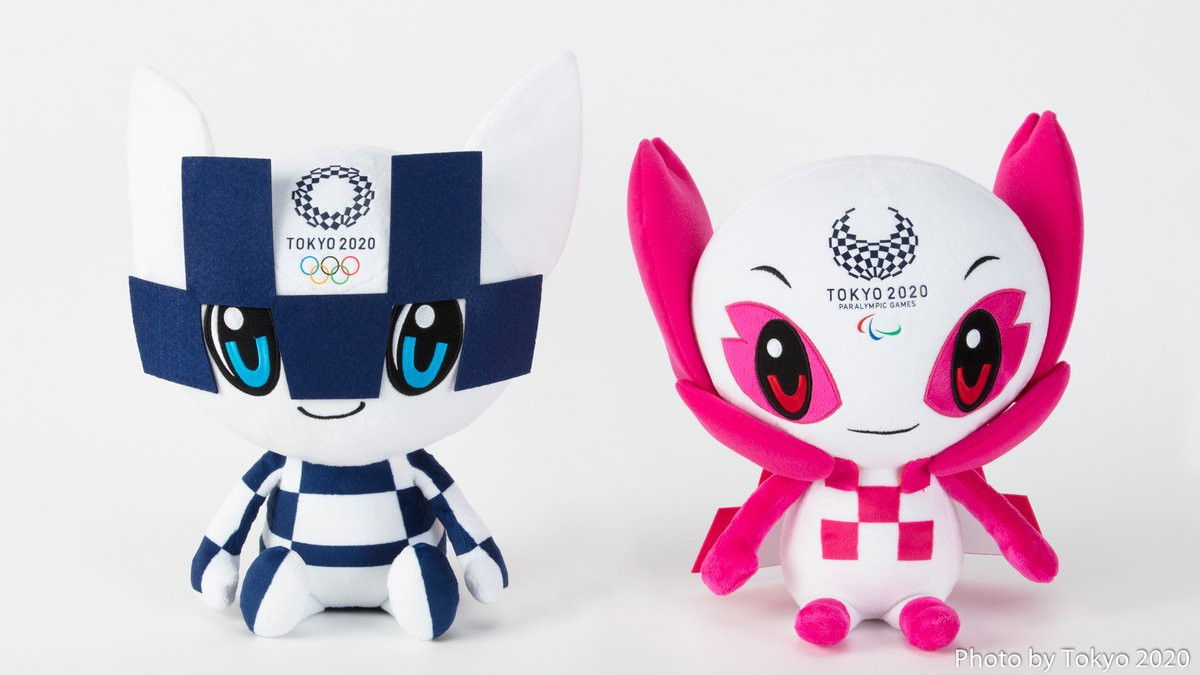 A range of merchandise featuring the Tokyo 2020 Olympic and Paralympic Games mascots has been unveiled by the Organising Committee prior to its official launch at an event in the Japanese capital next week.

The products, which vary from giant-sized toy mascots to pin badges, will officially go on sale in Japan next Sunday (July 22) to coincide with an event at the Tokyo Midtown Hibiya complex, where the names of the two mascots will be revealed during their first public appearance.

A mascots' "house", which will sell the newly-released items, will be inaugurated on the same day.

The merchandise will also be available at other stores and online, according to the Organising Committee.

Tokyo 2020 have produced five different sizes of the toy mascots - traditionally one of the most popular items of merchandise at an Olympic and Paralympic Games - ranging from small keychains for kids through to one metre lifesize versions.

Other products include clothing items such as t-shirts and hats, as well as towels, stickers, notebooks, pin badges - another popular collectors item at the Olympics and Paralympics - and carved depictions of the mascots crafted using lasers.

The merchandise will either depict the Olympic or Paralympic "superhero" mascots, which were announced to the world back in February but have not yet been named.

Tokyo 2020 are hopeful the launch of the products will ramp up enthusiasm for the Games prior to the two years to go celebrations on July 24.

Officials from Tokyo 2020 said their main target was kids, with a view to getting the younger Japanese population engaged with the Games.

The range will also compliment the existing catalogue of Tokyo 2020 merchandise, which features top-selling items such as pin badges and golf balls.

Tokyo 2020 are due to celebrate the two years to go milestone at an event featuring exhibits from sponsors and local authorities as well as a "sport experience" space.

The mascots will also be available for photos during the celebratory event.