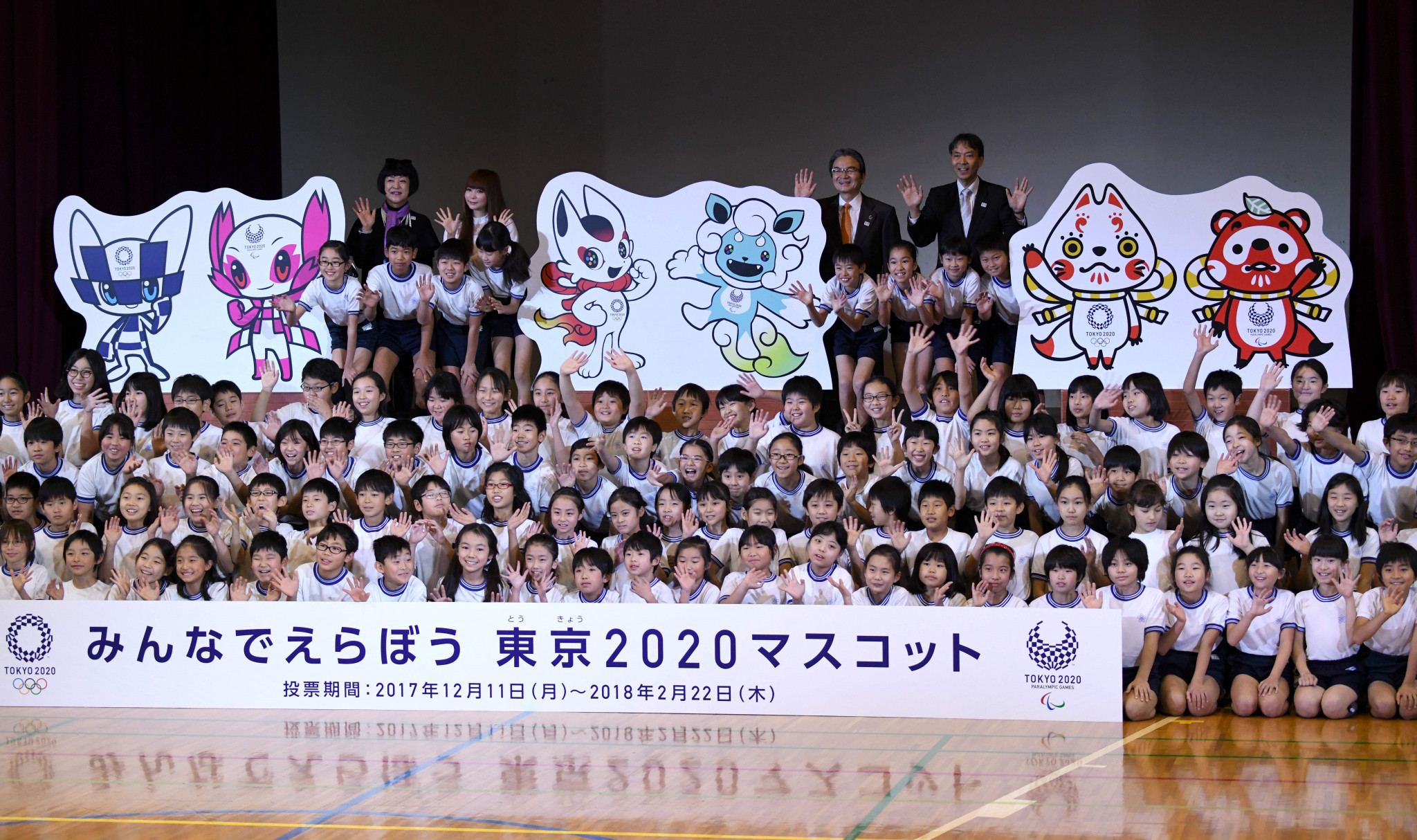 The voting phase for the Tokyo 2020 Olympic and Paralympic mascots will conclude tomorrow before the winning designs are revealed on February 28.

Tokyo 2020 published a shortlist of mascot designs in December and invited schoolchildren across the country and in Japanese schools overseas to vote for their favourites.

There are three mascot pairings to pick from following a review of 2,042 entries submitted by the public.

This included 1,774 designs from individuals and 268 group entries submitted before an August deadline.

The winning designs, either candidates A, B or C, will be revealed at a school in Tokyo.

Tokyo 2020 said the Olympic mascot for the A candidates embodies both old tradition and new innovation, with the character having "old fashioned charm and a high-tech vibe".

It is said to have a strong sense of justice and is very athletic, while it boasts a special power enabling it to move instantaneously.

The Paralympic mascot is claimed to have the opposite personality, although both have a "great spirit of hospitality and respect each other".

Candidate B's Olympic mascot is modelled on a lucky cat and an inari fox, which are viewed as symbols of luck in Japan.

The character is said to have been born from the fire that warms Japan and has the "ability to run so fast that it can create valleys and rivers, although it takes naps under the sunlight".

It is said to "express the excitement of traditional Japanese festivals" and gives happy energy to people by touching them with its tail.

The Paralympic counterpart is viewed as its best friend and a good rival, with the pair competing on soil and in the sky, taking each other to a higher level.

Candidate C's Olympic mascot is a fox, which originates from Japanese fairy tales and is decorated with patterns of magatama, an ancient Japanese ornament.

It is deemed to be athletic and has the ability to move fast, as well as being "friendly and a great leader".

The mascot is said to cheer and excite both athletes and spectators with the spirit of the wind.

Its Paralympic counterpart is a raccoon, also from Japanese fairy tales, with the leaf on its head used to transform its shape.

Last month, Tokyo 2020 revealed that 13,985 schools had registered to take part in the voting process.

Tokyo 2020 hope the process will boost the engagement of children in the Games across Japan.

In conjunction with the University of Tsukuba and the Japan Sports Agency, Tokyo 2020 have also prepared proposed lesson plans for teachers.

The plans suggest between one and three 45-minute classes, which will be designed at helping teachers communicate Olympic and Paralympic values and to explain the roles played by the Games mascots.

The Tokyo 2020 Olympics will take place from July 24 to August 9 with the Paralympics following from August 25 to September 6.