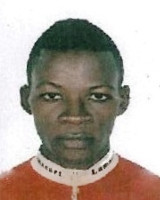 Uganda has revealed that a sixth athlete from the country has gone missing during the Commonwealth Games.

Cyclist Vienna Ssekanga is the latest Ugandan competitor to have disappeared.

The 19-year-old Ssekanga competed in the men's road race but failed to finish.

"The cyclist Ssekanga was among the six athletes who disappeared and did not return with the team," Beatrice Ayikoru, the team's Chef de Mission at Gold Coast 2018, told Uganda Radio.

"We have six athletes who disappeared.

The passports of the missing athletes have been handed over to the Australian Border Force, who are now handling the matter.

"I am hoping that these six athletes could have a change of heart and return before their visas expire on May 15," Ayikoru said.

Sam Muwonge, President of Uganda Cycling Association confirmed that Ssekanga has not returned from Australia.

"It is only Charles Kagimu who returned," said Muwonge.

"Ssekanga disappeared before the team returned,"

Uganda finished 15th in the medal standings with three golds, a silver and two bronzes.

Ugandan athletes were warned before Gold Coast 2018 about disappearing.

At least 23 athletes from African countries are now believed to have gone missing during Gold Coast 2018.

But they are not staying illegally in Australia until after May 15 when Commonwealth Games visas are due to expire.