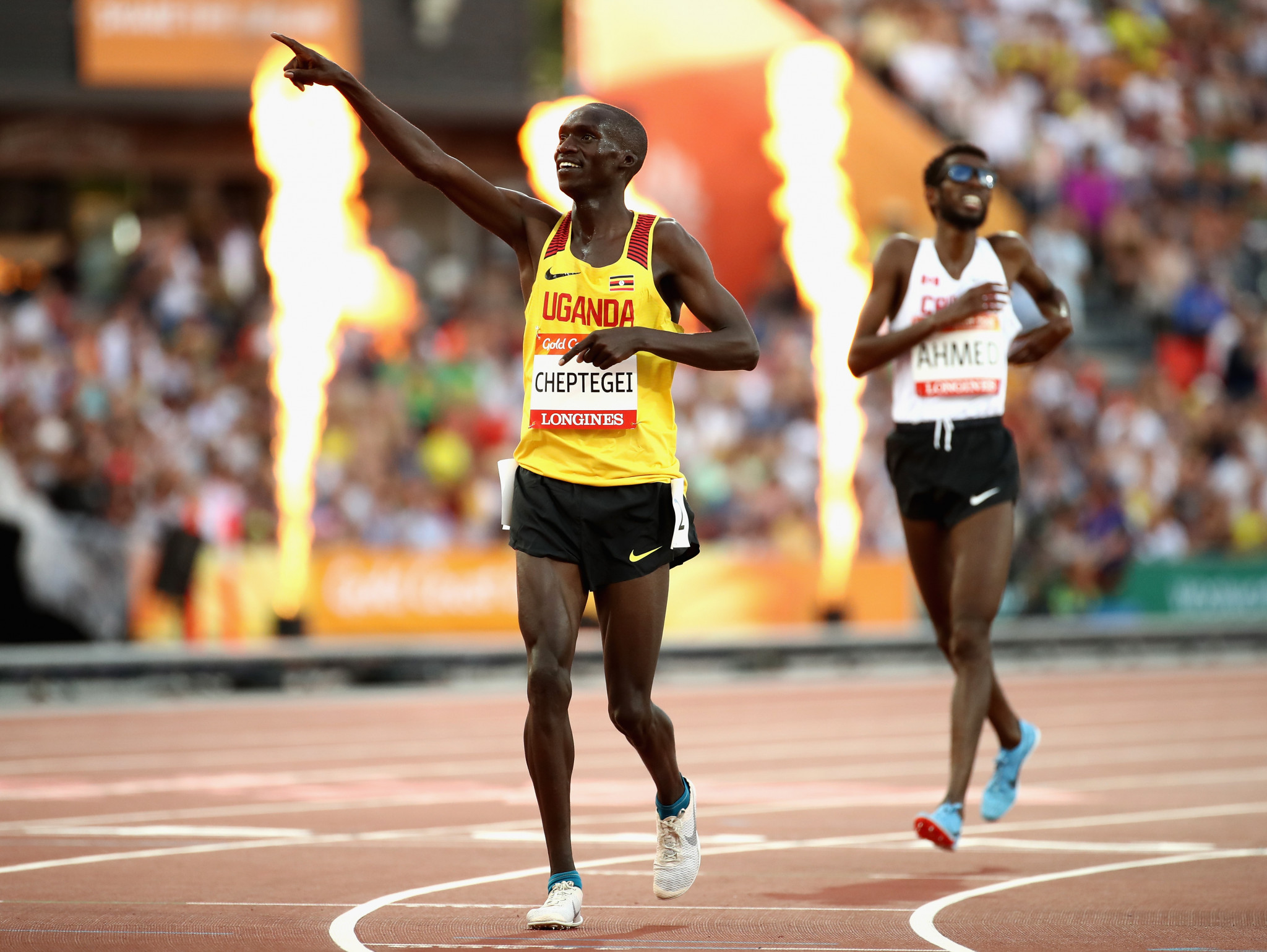 Joshua Cheptegei of Uganda sprinted clear to take the first track Commonwealth Games athletics gold of Gold Coast 2018 in the 5,000 metres here today after England's Nick Miller had dazzled in the hammer.

Cheptegei ran a time of 12min 59.83sec last year before winning a silver medal over the 12-and-a-half-lap distance at the International Association of Athletics Federations (IAAF) World Championships in London.

Canada's Somalian-born Pan American champion Mohammed Ahmed looked strong and composed from the outset and latched on to Cheptegei on the final lap.

He stayed in contention for the next 200m and it was only around the top bend where a clear gap finally emerged.

Cheptegei charged to the line to win in 13:50.83 as Ahmed crossed 1.95 seconds behind in second place.

Edward Pingua Zakayo of Kenya took the bronze medal in 13:54.06.

Miller had earlier set a Games record of 80.26 metres to win the men's hammer final.

The Englishman appeared down on his best in the first two rounds but roared back to dominate the competition.

"It was perfect," Miller said.

"Years of hard work coming together.

"Me and my coach [Tore Gustafsson] work incredibly well together.

"It's nice to see a big personal best."

Matty Denny of Australia took the silver medal with 74.88m and Mark Dry of Scotland the bronze with 73.12m.

Australia won the other medals as Erin Cleaver and Taylor Doyle took silver and bronze respectively with jumps of 4.36m and 4.22m on an opening day of athletics where the stands were almost completely full, at times, and half-empty at others.

Jamaica's Yohan Blake, the 2011 IAAF World Championship gold medallist, won the men's 100m semi-final in 10.06 to consolidate his position as the favourite.