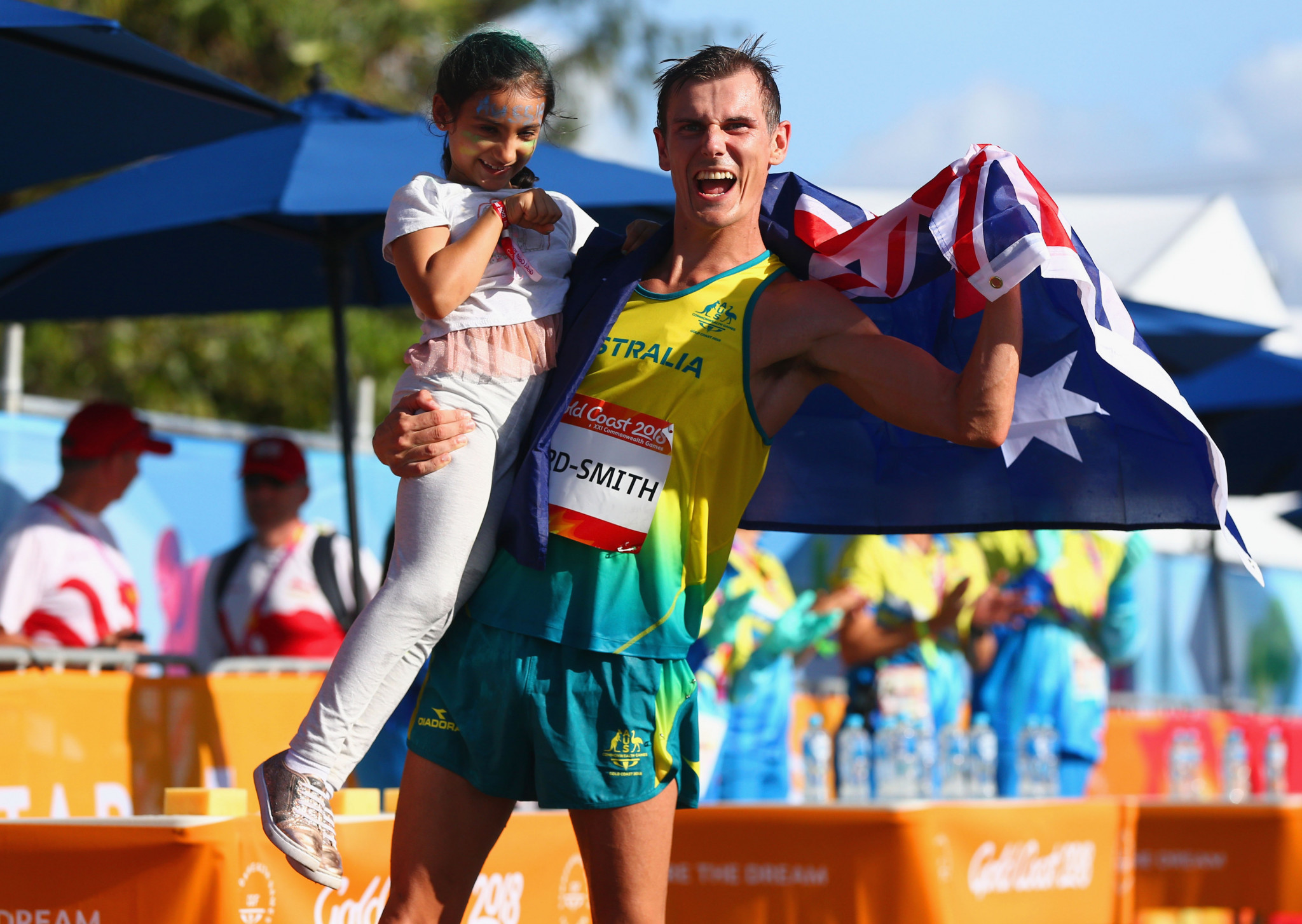 Australia enjoyed an early-morning gold rush in the 20 kilometres race-walking after Dane Bird-Smith and Jemima Montag each scooped gold medals at the Currumbin Beachfront.

The two wins came in contrasting and equally dramatic fashion as Bird-Smith out-sprinted England's Tom Bosworth at the end of a thrilling contest before Montag benefited from the dramatic disqualification of team-mate of Claire Tallent.

Bird-Smith was born in Queensland and had been targeting this race ever since he won an Olympic bronze medal at Rio 2016.

He set-off in fast conditions which were slightly warmer than anticipated and soon dropped leading contenders including Lebogang Shange, the South African who finished fourth at last year's World Championships, and 50km specialist Evan Dunfee of Canada.

Bosworth always appeared the greatest threat and only Samuel Gathimba of Kenya was left with the leading duo as the final stages approached.

As the crowd roared, Bosworth made a slight burst up the final climb only for Bird-Smith to hit back with a devastating and decisive counter-attack.

He stayed clear to win in 1hour 19min 34sec to take 21 seconds off the Games record held by fellow countryman Nathan Deakes' since Melbourne 2006.

"I could not be happier," Bird-Smith said afterwards.

"The course is tough but the home crowd made it worthwhile.

"The last 500m hurt so much but I had everyone behind me which made it so special.

"It was unbelievable, an unreal feeling. I am over the moon and I cannot thank [the crowd] enough.

"As I came around the bend they went absolutely ballistic."

Temperatures had risen by the time the women's field took on the same lapped course less than one hour later.

Twenty-year-old newcomer Jemima Montag looked good from the start and broke clear alongside team-mate Tallent, who had returned from giving birth to her son, Harvey, last year and was cheered on by him and husband Jared - the London 2012 50km champion - from the side of the course.

Tallent attacked with three kilometres to go and appeared to have made a decisive move before she was disqualified for a third walking violation.

She immediately burst into tears and Montag strode on to win imperiously in 1:32:50.

"It's not the way that I would have liked to win gold but when things like that happen, you have to stay in the moment and not lose focus," Montag said.

"Claire is a beautiful girl and she's done it before, she'll come back stronger."

Montag missed the 12-year-old Commonwealth Games record set by Jane Saville in Melbourne by just four seconds despite the heat.

Race-walking was enjoying its return to the programme after missing-out at Glasgow 2014.

No 50km events are being contested here.