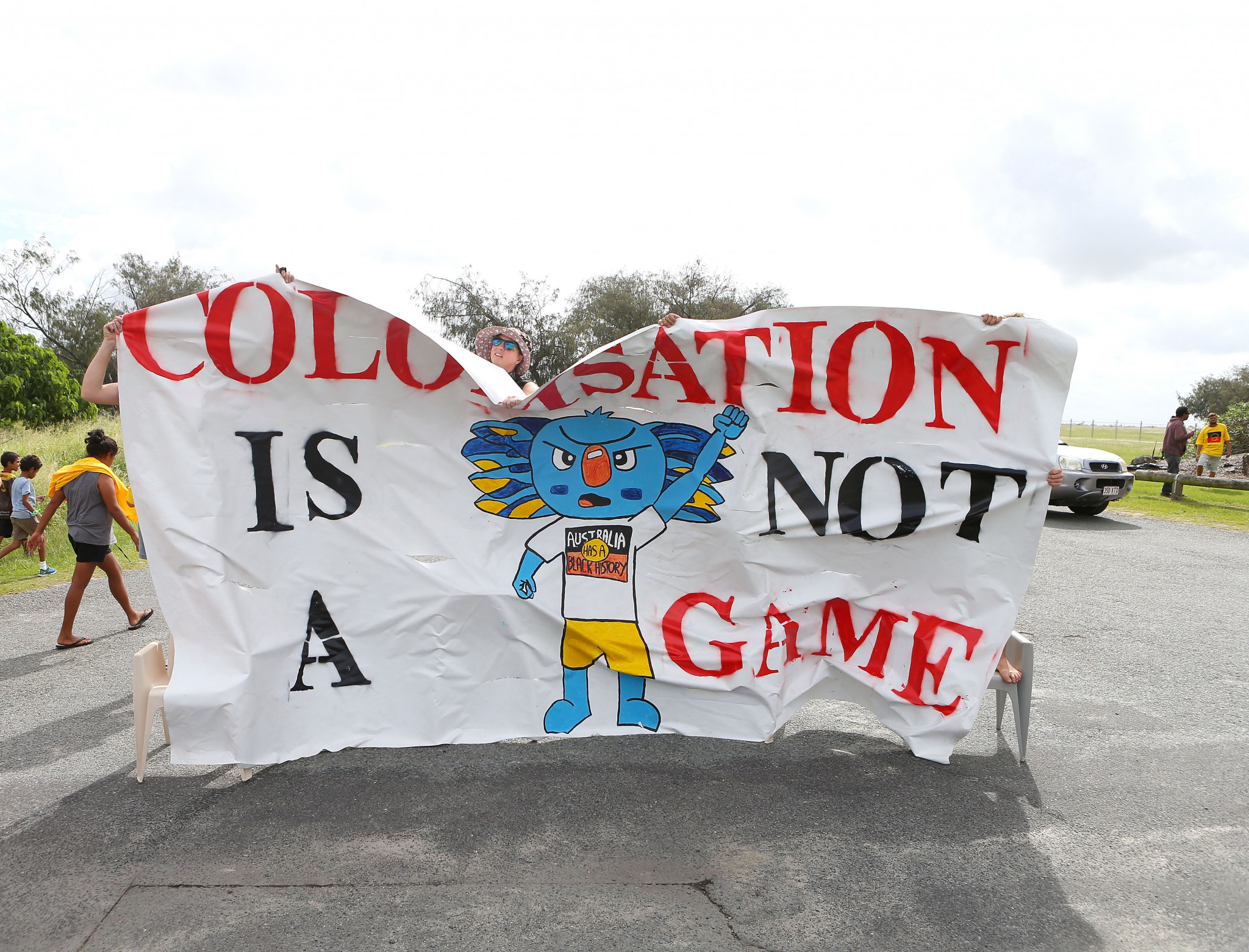 Indigenous protesters disrupted the progress of the Queen's Baton Relay hours before it was due to arrive at the Opening Ceremony of Gold Coast 2018 here.

The planned route was altered after a group blocked the road at The Spit, approximately 10 kilometres away from the Surfers Paradise beach resort.

Demonstrators wore t-shirts emblazoned with the logo of the Woomera Sovereign Rights Union, and the message "keep the fires burning".

They also unfurled a banner with the words "Not the Queen's Land" and another, featuring mascot Borobi, which said "Colonisation is not a game".

Australia's Channel Seven have been offering wall-to-wall daily live television coverage of the Relay and a protester, who was not named, told the network: "We don't want nothing of the Commonwealth here.

"It's about time that history is acknowledged and about time that the royal families who are responsible for it all - that they come down here and get at our level and ask to be here on our country.

"That's what needs to happen."

The demonstration came at the exact time when Prince Charles and Camilla, the Duchess of Cornwall, arrived at Government House in Brisbane some 90 kilometres away.

The demonstration at Spit Point was not the first this week and the Queensland Police were soon on the scene.

"We have already had some protest activity yesterday, which went quite well and we are pleased with that," said Steve Gollschewski, deputy commissioner.

"It was done in accordance with the agreement we had in place with the groups protesting.

"What was pleasing about it was that they were able to have their say and get their message out, but they did it in a way that did not disrupt the community and did not cause us any concerns.

"We anticipate there will be more and there is more protest activity planned today.

"We are confident it will be done in the same way and that it will have minimal impact on the community and the people attending the Games."

The Baton had begun the 388th and final day of its journey here in spectacular fashion.

It arrived on the beach at Surfers Paradise in a lifesaving boat with lifeguard Trevor Hendy, as the waves rolled in.

There were no concerns about losing the Baton in the surf.

"It is waterproof, I've rescued bigger things than that before but I held on tight," he said.

Hendy passed the Baton to his son TJ, or Trevor Junior.

Olympic and Commonwealth champion Sally Pearson was the first athletics star of the day to receive the Baton.

There were also further echoes of the 1982 Brisbane Commonwealth Games.

Swimmer Lisa Curry won three gold medals at those Games and was emotional as she too carried the Baton.

Sprinter Raelene Boyle carried the Baton for the third time.

She had done so in 2006 in Melbourne when she was the final runner who delivered it to Prince Philip at the Opening Ceremony in 1982.

The identities of the Batonbearers at the ceremony today remain a closely guarded secret.

There are many who feel that an indigenous athlete will be chosen just as Cathy Freeman lit the Olympic Torch at Sydney 2000.