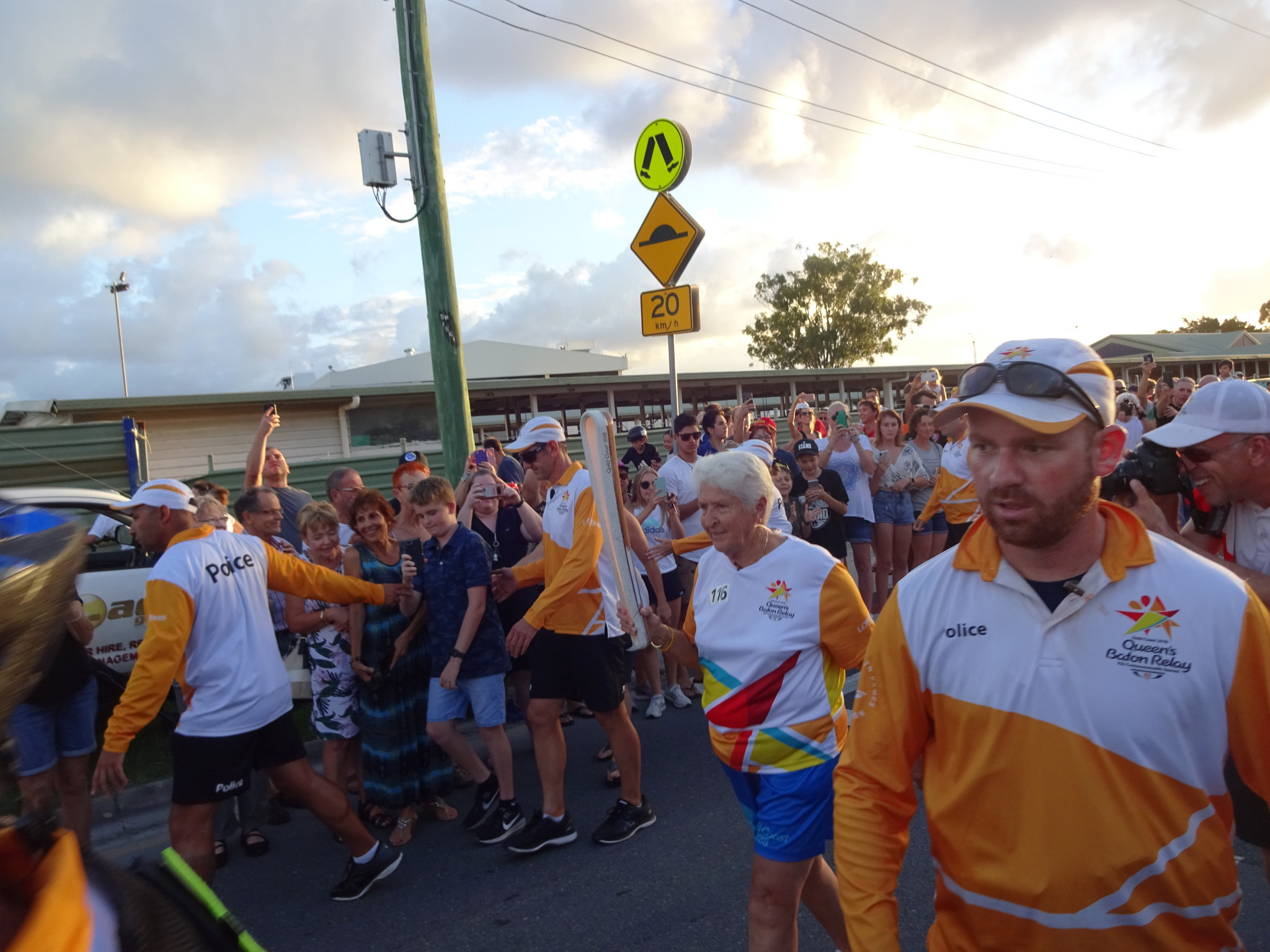 Australian swimming legend Dawn Fraser insists the backing of the home crowd can play a major role in home success at the Gold Coast 2018 Commonwealth Games here this week.

Fraser won the first of her three Olympic 100 metres freestyle titles at her home 1956 Summer Games in Melbourne and was equally successful at the 1962 Commonwealth Games in Perth.

The 80-year-old has today taken part in the Queen's Baton Relay which is ongoing before the Gold Coast 2018 Opening Ceremony on Wednesday (April 4).

"It is still the same for any Australian swimmer or any competitor going to compete on their own home soil because they've got the whole crowd behind them, look at the people here today," said Fraser.

She was mobbed by spectators with shouts of "Dawnie" as the whole cavalcade very nearly ground to a halt.

It was testament to her continued popularity in Australia, some 54-years after she swam her last competitive race.

"It makes the stomach cringe a little bit, and I'm having trouble talking," she said.

Fraser made her Commonwealth Games debut at Cardiff in 1958, the year the Baton Relay was introduced.

"We were aware [of the Relay] but not so much," she said.

"The message from the Queen was read out but there wasn't so much of a Relay then."

In fact it took less than a week from Buckingham Palace to Cardiff, in stark contrast to the 388 days it has taken en-route to Gold Coast.

It was the second time that Fraser had carried the Baton.

She also carried it before Melbourne 2006 on Sydney's North Shore and now has another uniform to add to the collection.

"My grandson’s got them," she said.

It is rare that a bearer of the Queen's message has actually met the sender but Olympic hockey gold medallist Nikki Hudson, a veteran of three Commonwealth Games, can claim this distinction.

Hudson won gold when hockey was first included at the Commonwealth Games in 1998 and again in 2006.

"I shook her hand and she wished me luck.’"

Hudson is now set for commentary duty for Australian television during Gold Coast 2018.

"You see all the players going to training and preparing for the Commonwealth Games, I'm always a little bit envious that I am not going to be taking part," she said.

A large crowd gathered by the waterside at Paradise Point to greet the runners.

Bearer Pat Carroll, a distance runner, had been a spectator at the Brisbane Games in 1982.

"The Commonwealth Games has been very important to me and an integral part to my distance running," he said.

"I watched Rob de Castella win the marathon in 1982.

"It inspired me to run in three Commonwealth Games."

Powerchair footballer Josh Merkas also took the Baton at Paradise Point and gave his backing to the Commonwealth Games' inclusive policy on Para-sport.

"I reckon that's very good, I don't think it should be a separate thing," he said.

"All Para-athletes should be part of the same thing, we are all representing our countries."

The Relay included international cricket umpire Tony Crafter and the last runner of the day in Bundall was swimmer Jodie Henry, who won her first Commonwealth Games gold at Manchester 2002 when she was still only 18.

Most of the runners were from the host nation but among the early starters were Nicholas Stevens and Aiden Yon-Stevens, part of a group from St Helena.

The Atlantic island had missed out on the Baton back in May because it was not possible to transport it by boat.

By the time an airport opened on the island in late 2017, the Relay had moved onto Asia so the decision was taken to invite runners from St Helena to take part on Australian soil.