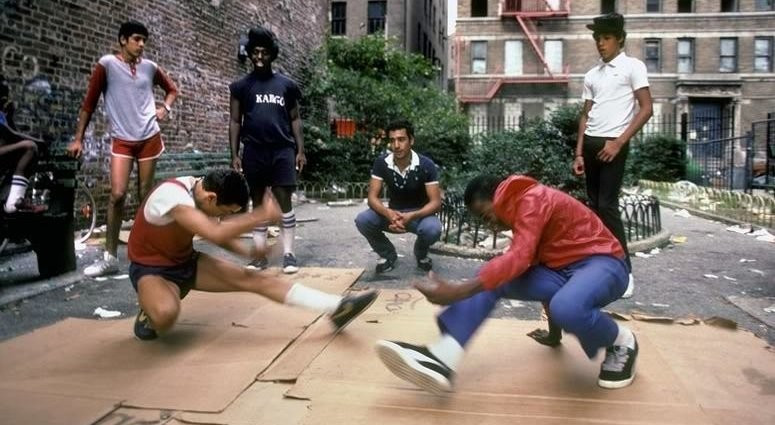 A petition has been sent to the International Olympic Committee (IOC) calling for the World DanceSport Federation (WDSF) to be expelled from the Association of IOC Recognised International Sports Federations (ARISF) amid claims the body exploited break dancing as a "Trojan horse" to "get its foot in the door of the Olympics" and ensure its place on the programme for the 2018 Summer Youth Olympic Games in Buenos Aires.

Entitled "Get the WDSF's Hands Off Hip-Hop", the petition has been set up by Serouj Aprahamian - a Lebanese-Armenian breakdancer and political activist who grew up in Los Angeles in the 1990s - through change.org.

It has been delivered to five leading figures, including IOC President Thomas Bach and Frankie Fredericks, chairman of the IOC Coordination Commission for Buenos Aires 2018.

Danka Barteková and Adham Sharara, members of the IOC Coordination Commission for Buenos Aires 2018, have also been sent the petition along with Buenos Aires 2018 chief executive Leandro Larrosa.

Break dancing was added to the sports schedule for the Games in Argentina's capital by the IOC last month, alongside karate and sport climbing.

Competition will be held under the auspices of the WDSF, which describes itself as the international governing body for competitive amateur ballroom dancing.

The petition says the WDSF has "absolutely no connection or credibility with any legitimate entity in the worldwide breaking community" and states it is a "travesty and a scandal" that the Buenos Aires 2018 Organising Committee and the IOC "have allowed these impostors to oversee breaking at the Youth Olympics".

"Would the IOC allow the Badminton World Federation to oversee baseball? Would it allow the Federation for Equestrian Sports [sic] to oversee auto-racing? Why would the Olympics accept such a polar opposite and illegitimate entity as the WDSF to have anything to do with breaking?," the petition reads.

"This action is immoral, illogical, and insulting to the hundreds of thousands of b-boys and b-girls worldwide who live and breathe this culture.

"Breaking is a dance that has uplifted the lives of countless young people around the world for over 40 years.

"Born out of the marginalised communities of urban New York in the 1970s, it has changed the way dance is done and is a core element of hip-hop culture.

"It has absolutely nothing to do with the antiquated officials at the WDSF or the competitive ballroom dance industry."

The petition continues: "We demand that you immediately expel the WDSF from the Association of IOC Recognised International Sports Federations for this transgression and bar them categorically from having anything to do with breaking at the Olympic Games.

"Anything short of this will be interpreted as the IOC’s complicity in exploiting breaking for its own gain and handing control over its art form to the illegitimate officials at the WDSF.

"For the sake of the Olympic Movement and the integrity of athletics and dance worldwide, we truly hope you will heed our call."

The petition, which can be accessed by clicking here, currently has 1,941 supporters and is targeting 2,500.

Dance sport has never been contested on any Olympic stage, with the WDSF saying last month it has received numerous questions since the announcement of break dancing's approval, which was made at the IOC Executive Board meeting in Lausanne on December 6.

Most of these have been regarding the qualification system for the Games, where 12 boys and 12 girls will compete before a mixed team competition.

Break dancing is a style of street dance typically performed to hip-hop, funk music and breakbeats.

The line-ups for the mixed teams will be announced in Buenos Aires during the Games, based on the standings in the individual events.

Dancers from different countries will join forces and will have time to train together before competing.