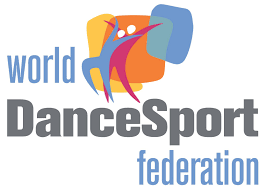 The World DanceSport Federation (WDSF) has said that "many factors" will need to be considered when devising the qualification process for the 2018 Summer Youth Olympic Games in Buenos Aires.

Break dancing was added to the sports schedule for the Games in Argentina's capital by the International Olympic Committee (IOC) earlier this month, alongside karate and sport climbing.

No form of dance sport has been contested on any Olympic stage, with the WDSF saying they have received numerous questions since the announcement, which was made at the IOC Executive Board meeting in Lausanne on December 6.

Most of these have been regarding the qualification system for the Games, where 12 boys and 12 girls will compete before a mixed team competition.

"Many factors will need to be considered to ensure the type of global participation that so uniquely marks all Olympic competitions," a WDSF statement said.

"Athletes' quotas per continent and a limitation of one athlete per country will likely need to be implemented.

"In any case, a comprehensive system will be put in place from spring of 2017 that will give dancers anywhere in the world a shot at qualifying for one of the 24 places by entering an event near them.

"WDSF will work together with its nearly 100 members as well as with other organisations to make the system as international and as comprehensive as is technically possible.

"Expect the first announcements after the IOC has approved the qualification system in March of 2017."

Break dancing is a style of street dance typically performed to hip-hop, funk music and breakbeats.

The line-ups for the mixed teams will be announced in Buenos Aires during the Games, based on the standings in the individual events.

Dancers from different countries will join forces and will have time to train together before competing.