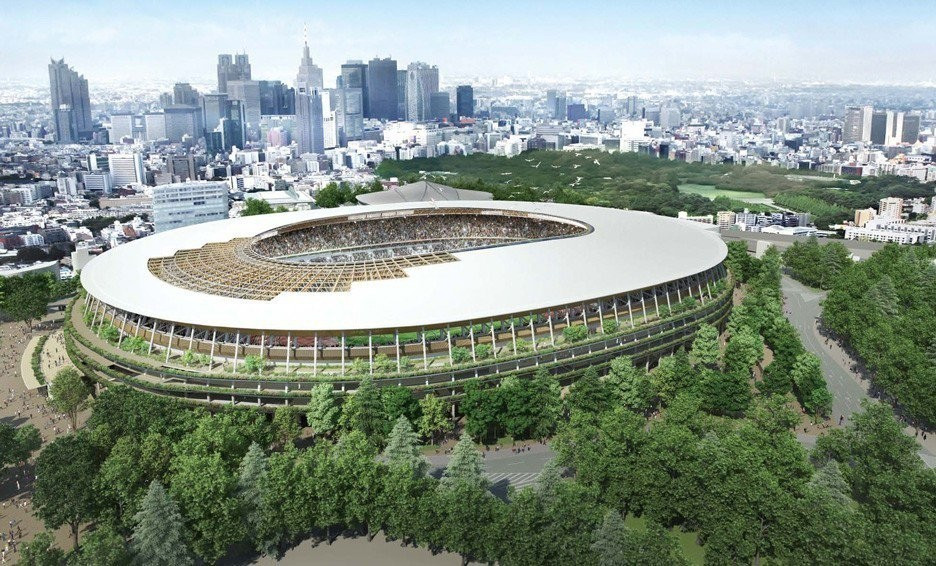 Preliminary construction work has begun on the new Olympic Stadium due to form the centrepiece of Tokyo 2020 ahead of an official ceremony a week today.

The Japan Sports Council have confirmed that a "groundbreaking" ceremony will take place on Sunday (December 11) to officially launch the building process.

A 36-month construction timetable is then due to be completed in November 2019.

But earth excavators have already been brought onto the site, which lies adjacent to the Tokyo Metropolitan Gymnasium here, this week in order to begin to lay the foundations of the structure.

According to the Asahi Shimbun, current plans are for work above ground to start next summer at the earliest.

This marks the end of 16 months of delays since initial designs for the Stadium drawn-up by the late Iraqi-British architect Zaha Hadid was scrapped by Japanese Prime Minister Shinzō Abe as the budget soared to ¥252 billion (£2 billion/$2.5 billion/€2.2 billion).

It followed the demolition of the initial Olympic Stadium used during Tokyo 1964, the last occasion the Japanese capital staged the Games.

Opening and Closing ceremonies and athletics competitions are due to take place in the Stadium at both the Olympic and Paralympic Games.

As of yet unspecified Olympic football matches are also scheduled to take place there.