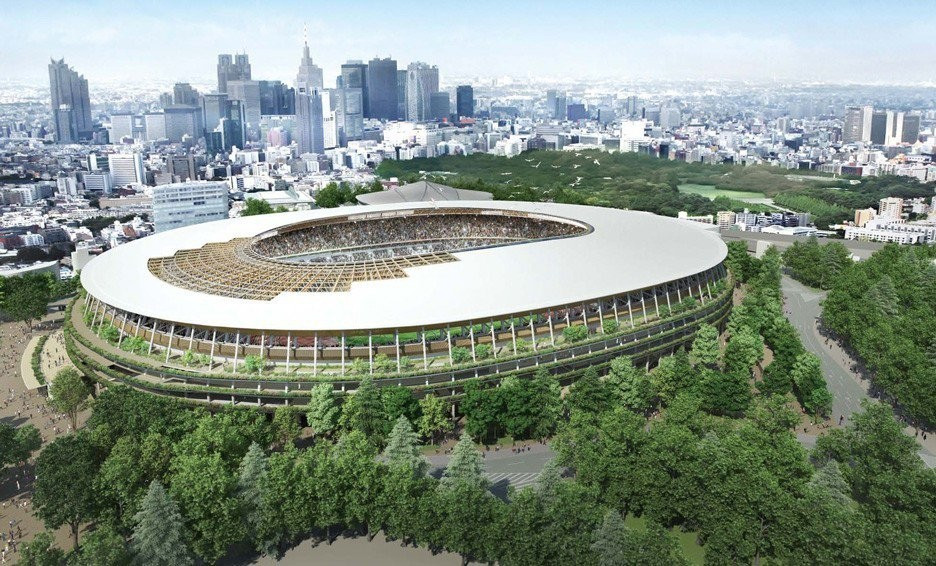 Construction on Japan’s National Stadium is due to begin in December after the Government today approved a contract with a joint venture to build the showpiece venue for the 2020 Olympic and Paralympic Games in Tokyo.

The contract is viewed to come in at a cost of ¥149 billion (£1.4 billion/$1.5 billion/€1.3 billion), with construction companies Taisei Corporation, Azusa Sekkei and the chosen architect Kengo Kuma due to work on the project.

According to Japanese news agency Kyodo News, Japan Sports Council President Kazumi Ohigashi has said that construction is scheduled to be completed by the end of November 2019.

Construction is set to begin over a year after the initial idea for the stadium was scrapped, with the cost of the design by London based firm Zaha Hadid Architects having spiralled to ¥252 billion (£1.9 billion/$2.5 billion/€2.2 billion).

Kuma's design was then selected as a replacement.

The delays resulted in Japan being forced to search for a replacement venue for the 2019 Rugby World Cup final, with the Yokohama Stadium stepping into the breach.

Tokyo Governor Yuriko Koike, who has repeatedly voiced her desire to get costs associated with Tokyo 2020 under control, has stated she will watch the progress of the project closely.

"I will keep raising my voice so that [the stadium] will be used for the people of Tokyo," Koike said, according to the Japan Times.

"To make up for the burden that Tokyo has to bear."

According to the Japan Times, plans were heard regarding the Stadium’s potential use as a football, athletics and arts venue following the completion of the Games.

The approval of the contract comes a day after a review commissioned by the Tokyo Government predicted that total costs for the 2020 Olympic and Paralympic Games could exceed ¥3 trillion (£22 billion/$30 billion/€26 billion) unless drastic changes are made.

It is a major set back to Tokyo organisers, as well as the International Olympic Commitee (IOC), after previous cuts were said to have saved $1 billion (£658 million/€919 million).