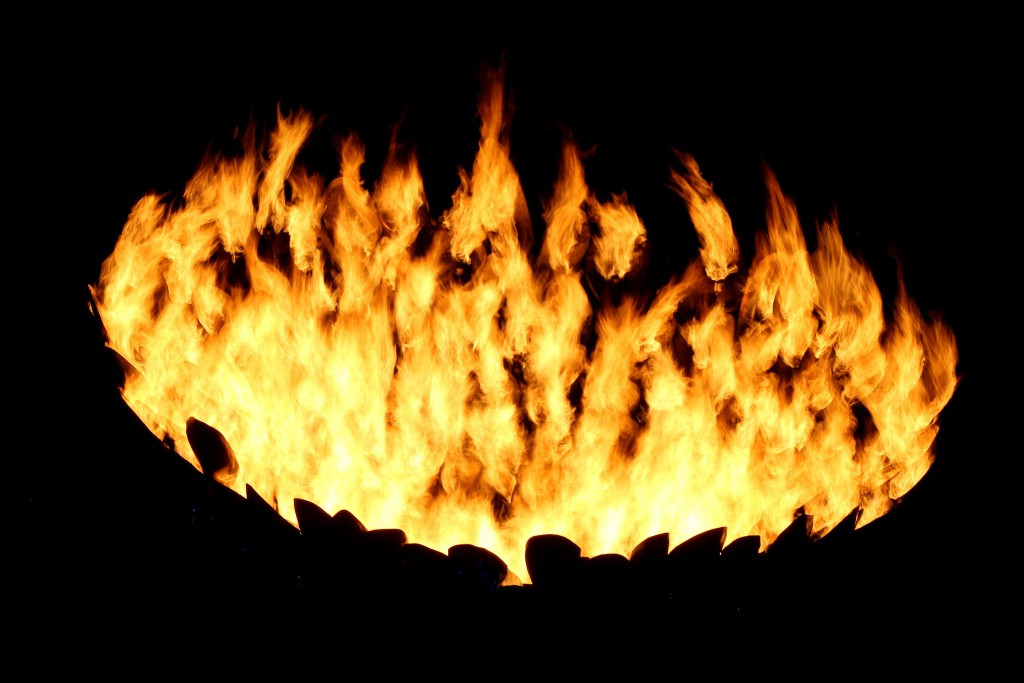 Tokyo 2020 organisers have set up a taskforce to decide where to place its Olympic flame - amid reports that it could pose a fire risk due to the amount of wood which will be used at the Japanese capital's new stadium.

A place for a cauldron was not  included in plans for the showpiece venue of the Games, revealed in December after the initial design was axed due to rising costs.

Designed by architect Kengo Kuma, the new Stadium is a combined wood and steel structure and there are fears that the flame could breach laws set out under the Japanese Fire Service Act.

Part of the roof is made out of wood, and it is claimed this could collapse if the Olympic flame was placed on top of it.

Organisers are also planning to install wooden seating at the venue.

The taskforce will now work on a solution to the problem with a location in the Stadium - where the flame would be visible inside and out - highly preferable for organisers and the International Olympic Committee (IOC).

"When we asked the Organising committee about what it wanted for the stadium, no mention was made about having the Olympic cauldron within the stadium,” said a high-ranking official of the Japan Sport Council to The Asahi Shimbun.

"We did not consider the location of the cauldron when we were seeking out new designs.”

The newspaper also quoted a Japanese Olympic Committee official who said housing the flame outside of the Stadium would be "disgraceful" as it would be "unprecedented" for a Summer Olympics.

Olympic Minister Toshiaki Endo told The Japan Times: "The basic design will be finalised by May and we’ll deal with it swiftly."

The oversight regarding the flame is the latest embarrassment for Tokyo organisers involving the Stadium, following the scrapping of the initial plans.

These were drawn up by Iraqi-British architect Zaha Hadid but the cost rose to double original estimates at ¥252 billion (£1.3 billion/$2 billion/€1.8 billion).

Kuma's design, which features a large amount of greenery around the edges, stands 49.2 metres tall with track and field below ground level.

The venue is a nod to traditional Japanese temples, but Kuma was forced to deny copying elements of Hadid's design as a copyright row erupted.

The new Stadium is due to be built by November 2019, two months earlier than expected, according to Japanese organisers.

Delays caused by the original design being axed, however, mean it will not be ready in time for Japan's hosting of the 2019 Rugby World Cup.