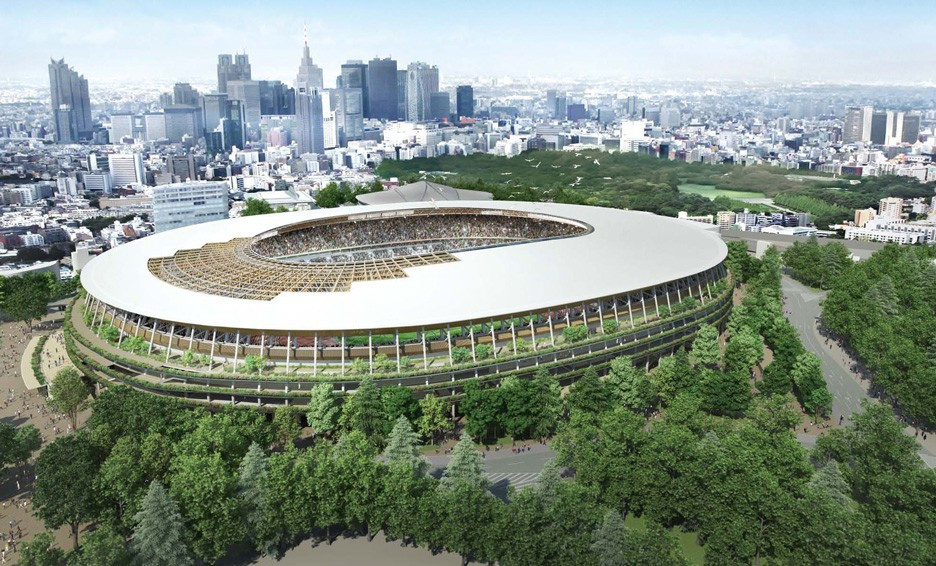 Kengo Kuma, architect of Tokyo’s new National Stadium, has allayed fears concerning the placement of the Olympic Cauldron at the venue following claims that it could pose a fire risk.

It had been claimed the flame could breach laws set out under the Japanese Fire Service Act due to the fact that the proposed venue, set to be the centrepiece of the Tokyo 2020 Olympic and Paralympic Games, is partially made out of wood.

A place for a Cauldron was not included in plans for the venue, revealed in December after the initial design was axed due to rising costs.

Part of the roof is made out of wood, and it has been suggested this could collapse if the Olympic flame was placed on top of it.

Tokyo 2020 organisers have set up a taskforce to deal with where the Cauldron will be placed.

According to the International Olympic Committee regulations, the location of the flame should allow it to be visible from inside and outside the stadium.

Kuma has confirmed that work is underway to find a suitable place to house the Cauldron and raised the possibility that restrictions under the Japanese Fire Service Act might have to be lifted for Tokyo 2020.

“The reviewing team is already working on it, and once the direction is there, I’ll deal with it accordingly,” Kuma told

“There are various methods [to set it up], so there’s no need to worry.

“I didn’t propose it at the bidding because it wasn’t requested, but I thought it was highly likely to be placed inside the Stadium, looking at the London Olympics, for instance.

“The edge of the roof is made of iron, so a fire will not spread.

“Either way we’ll be requesting to lift the restriction [of the law] on condition of placing it in a safe location.

The oversight regarding the flame is the latest embarrassment for Tokyo organisers involving the Stadium, following the scrapping of the initial plans.

These were drawn up by Iraqi-British architect Zaha Hadid but the cost rose to double original estimates at ¥252 billion (£1.3 billion/$2 billion/€1.8 billion).

Kuma's design, featuring a large amount of greenery around the edges, stands 49.2 metres tall with track and field below ground level.

The Japan Sports Council recently asked for donations to install wooden seating at the National Stadium.

The new Stadium is due to be built by November 2019, two months earlier than expected, according to Japanese organisers.