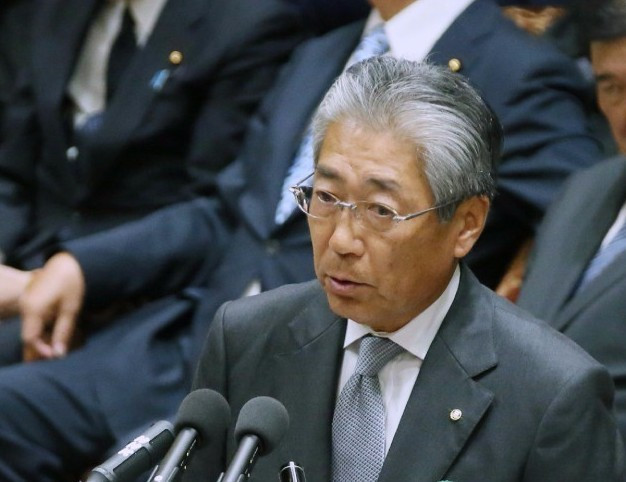 Tokyo 2020 bid chief Tsunekazu Takeda has refused to reveal any more details about the allegedly corrupt payment made ahead of the city being awarded the Olympic and Paralympic Games during a grilling at the Japanese Parliament today.

Transfers totalling $2 million (£1.3 million/€1.7 million) were made in 2013 to a Singapore-based account owned by company Black Tidings, supposedly for legitimate consultancy work.

But French police are studying the payments as part of their investigation into the disgraced Diack family, who are accused of using the same account to channel money received in return for covering-up failed doping tests.

Former International Association of Athletics Federations (IAAF) chief Lamine Diack was a voting International Olympic Committee (IOC) member when Tokyo was elected as host, so it is possible that the payment was in fact a bribe paid to secure the support of the Senegalese and others under his influence.

Takeda, also the President of the Japanese Olympic Committtee (JOC) who sits on the Tokyo 2020 Organising Committee Board and is a respected IOC member, has already claimed in a statement how the fee was for international consultancy work and was paid to Black Tidings’ official owner Ian Tan Tong Han.

They provided "planning for the bid, advice on international lobbying, and information and media analysis", it is claimed.

But Takeda refused to provide more details when questioned by the Lower House of Parliament today.

“We looked into the content of this contract but this is a confidential matter,” he said.

“So, I understand that I am not allowed to unveil the content without gaining approval from the counterpart.”

This comes after Japanese Prime Minister Shinzō Abe, a key supporter of the bid who met with Diack and other key officials during the decisive IOC Session in Buenos Aires, called for full cooperation with the French investigation.

"I understand there is a matter of confidentiality but we would like for them to investigate this issue...and handle it in a way that could gain understanding from the people of Japan," he said.

Many questions remain to be answered including over the role of Dentsu, the powerful advertising and marketing giants who were involved in negotiating other Tokyo 2020 contracts.

Dentsu signed a 10-year contract extension as partners of the IAAF shortly before Diack stood down last year and remain as the bid's marketing agency.

Black Tidings head Tan was named in the World Anti-Doping Agency (WADA) Independent Commission report as employed by a Lucerne based company called Athletics Management & Services (AMS) - which is itself thought to be contracted by Dentsu.

insidethegames has asked whether the Black Tidings contract was signed specifically with Tokyo or with Dentsu.

Lamine Diack was arrested in France in November amid allegations bribes had been taken to cover up failed drugs tests in athletics.

His son Papa was one of three people banned for life by the IAAF for helping Russian marathon runner Liliya Shobukhova avoid punishment for doping - with it alleged that money was channeled through the Black Tidings account.

Papa Diack has claimed he had not received any money from the Tokyo bid team.

But the allegations, coming as the IOC also deals with fresh doping reports surrounding the Sochi 2014 Olympic Games, is thought to be the most serious Olympic bidding-related claim since the Salt Lake City bribery scandal of 1999.

"The IOC took note of the declaration of the JOC and the former President of the Tokyo 2020 Bidding Committee, Tsunekazu Takeda, and the former director general, Nobumoto Higuchi," they said following an emergency Executive Board meeting today.

"The IOC will continue to work to shed full light to the issue.

"Therefore the IOC will keep its position as civil party to the French justice procedure and the IOC’s chief ethics and compliance officer will further actively cooperate in the legal inquiry."