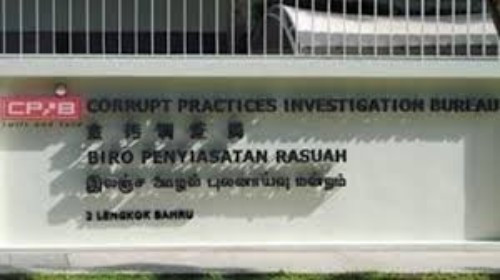 They are investigating transfers totalling $2 million (£1.3 million/€1.7 million) made in 2013 to a Singapore-based account owned company Black Tidings, allegedly used by the disgraced Diack family.

Lamine Diack, the former President of the International Association of Athletics Federations (IAAF) who was later embroiled in corruption allegations, also served as an International Olympic Committee (IOC) member until 2013.

Tsunekazu Takeda, the President of the Japanese Olympic Committee who was the leader of Tokyo 2020's bidding committee, has denied wrongdoing and claimed it was a legitimate consultancy fee paid to Black Tidings’ official owner Ian Tan Tong Han.

It is not yet clear what precise consultancy work Tan - who is thought to be in his 20s - did.

"We would like to reaffirm that the Olympic Games 2020 were awarded to Tokyo as the result of a fair competition and as a result of the contents of our bid," Takeda said in a joint statement with the bid’s director general Nobumoto Higuchi.

"The payments mentioned in the media were a legitimate consultant's fee."

The CPIB, a government agency that investigates and prosecutes corruption in the public and private sectors, have confirmed they are assisting the French authorities.

"The Corrupt Practices Investigation Bureau (CPIB) is working with the French authorities on this case," they told AFP.

"As investigation is still ongoing, we will not be able to comment further."

Lamine Diack was arrested in France in November amid allegations bribes had been taken to cover up failed drugs tests.

His son Papa was one of three people banned for life by the IAAF for helping Russian marathon runner Liliya Shobukhova avoid punishment for doping - with it alleged that money then was also channelled through the same Black Tidings account.

When contacted by insidethegames concerning the allegations of a payment by Tokyo 2020, an International Olympic Committee (IOC) spokesperson stated: "The IOC Chief Ethics and Compliance Officer has been in contact with the French magistrates in charge of the investigation on the IAAF case, and with WADA, since its start.

Tokyo was awarded the Games in September 2013 over Istanbul and Madrid during the IOC Session in the Argentine capital.

Istanbul 2020 deputy secretary general Yalcin Aksoy reportedly told the Daily Mail that London would best placed to host in 2020 in the extreme scenario of Tokyo being stripped of the Games.

The Turkish Olympic Committee have distanced themselves from these claims.